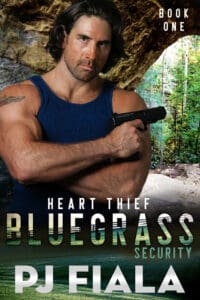 After serving fifteen years in the Army, Sage Reynolds is used to being rootless and spending her life on the road. When she drifts into Sapphire Falls she’s so deep in debt she has no choice but to take a job with an up and coming private security firm–even though the first time she meets her handsome boss she discovers he’s a chauvinistic caveman.

“This book was originally released in the Chandler County series as Missing the Spark. To better reflect the genre, the cover and series title have changed, but the content remains the same.”