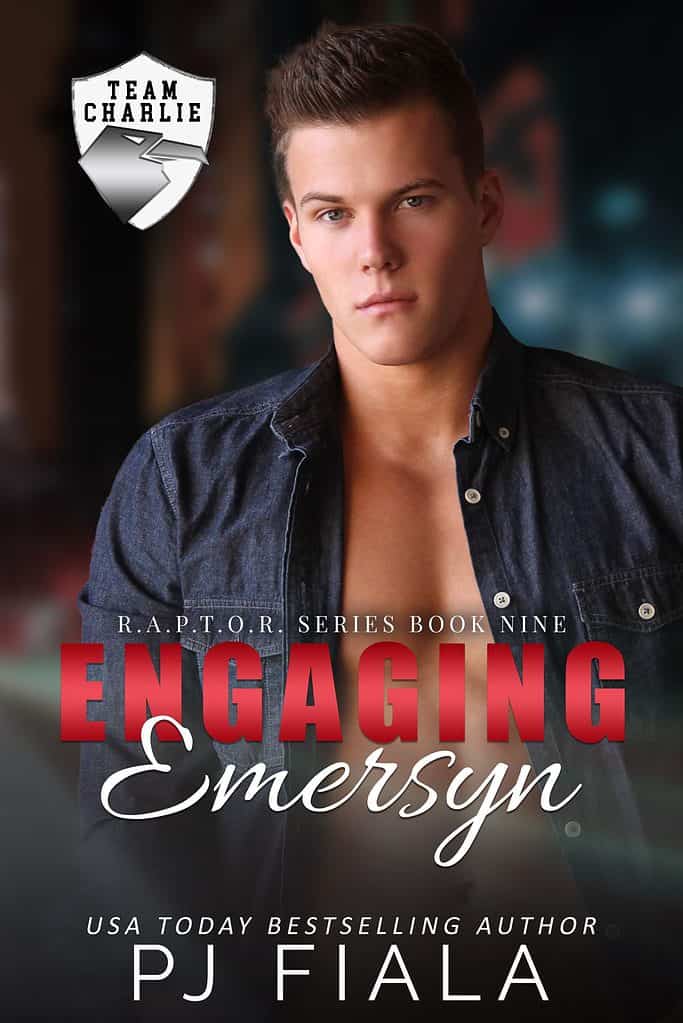 A RAPTOR operative who wants revenge.
A doctor who has vowed to first do no harm.
The ultimate clash of what they both believe in.

Emersyn Copeland has been on the hunt for the man who betrayed all she had trained to do. So close to capturing him, she’ll stop at nothing, even when her ability to walk is at stake. When her body gives out, she is compelled to turn to the one man who brings her a glimmer of hope in terms of walking without pain again.

Chase Nicholas was trained as a doctor in the Army. He was selected to become part of a special medical unit established to develop drugs and prosthetics to enhance wounded soldiers’ abilities and create a stronger more powerful Army. It is a matter of pride for him. What he didn’t know is that he wasn’t the finish line for these drugs, there was a underground team taking his work and producing something more powerful – more lethal. Accidentally using it on Emmy changes both of their worlds forever.

Will Chase regret engaging Emersyn in his medical science project and will she be able to forgive him?

I will not share, sell or rent the email you have given me with anyone. I will never spam you. There is an “unsubscribe” button at the end of all emails I send and clicking on it will remove your email from my mailing list. I do have cookies installed on my site, it’s to help me collect stats about visitors and I get super excited when I see people visiting from all over the world. Lastly, I do use affiliated links which means that I may get advertising fees by advertising and linking to some stores on line (basically, I can receive commissions on some purchases you make when you arrive at some vendors sites after clicking on a link on one of my sites). This doesn’t change anything for you since the price remains the same.
Copyright © 2022 Romance Author PJ Fiala All Rights Reserved | Design by Carrie Loves