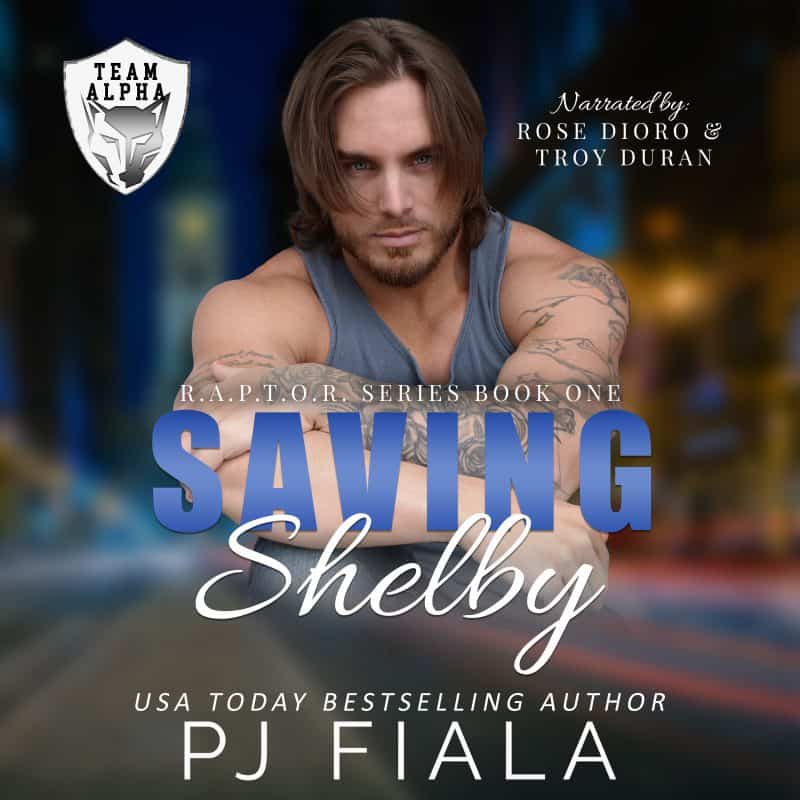 A special operative with a bleeding heart for the innocent.
A desperate kidnapper determined to save the day.
And the desire that explodes between them. 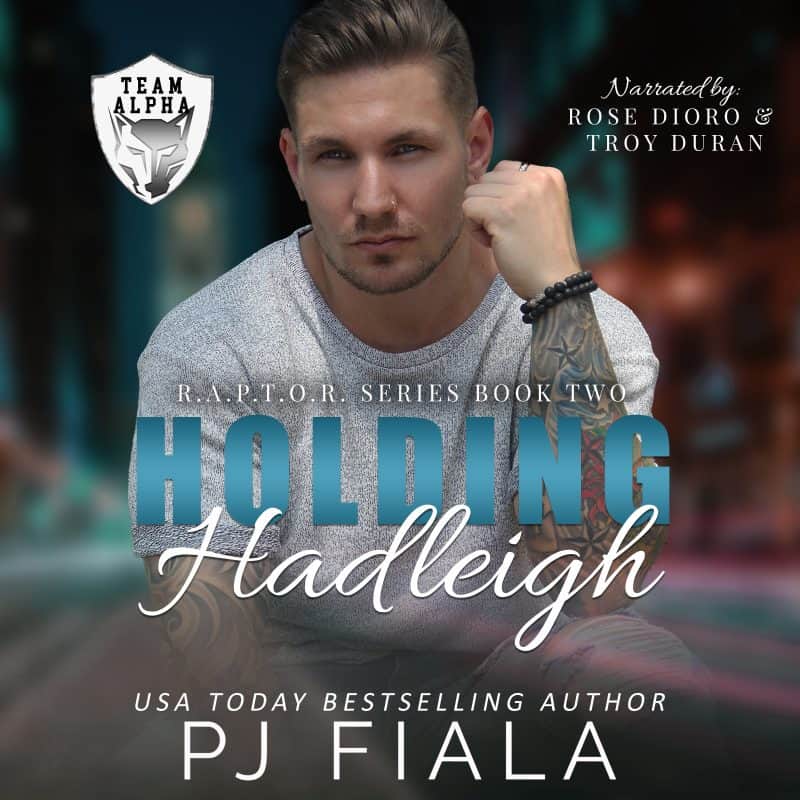 A RAPTOR operative on a mission.
A social worker with unfaltering compassion.
And the competition that sparks desire. 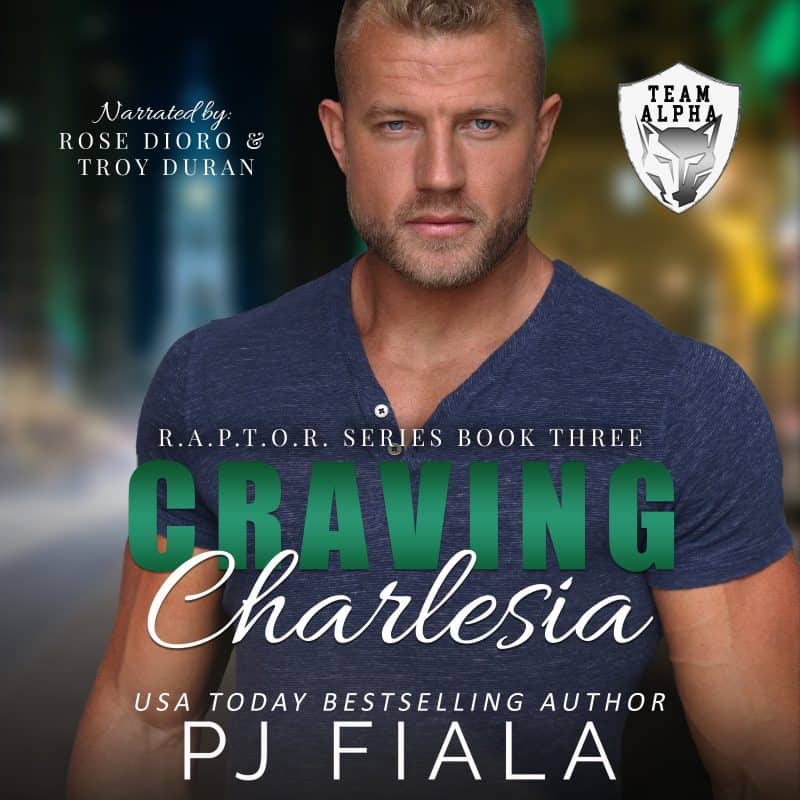 A female operative with a point to prove.
A seasoned cop with a case to solve.
And the passion that ignites.

RAPTOR operative Charlesia Sampson is no damsel in distress. Surviving an explosion in the Army gave her more grit than glory, and now she’ll destroy anyone who tries to hold her back. Dangerous missions are her forte. But when she’s found at a murder scene, everything changes.

Finding Charly at the murder scene was difficult for Sam Bowers. But when the truth comes to light, Sam sees Charly differently. Together, they’re determined to uncover the murderer and find a missing child--all while denying their need for one another. 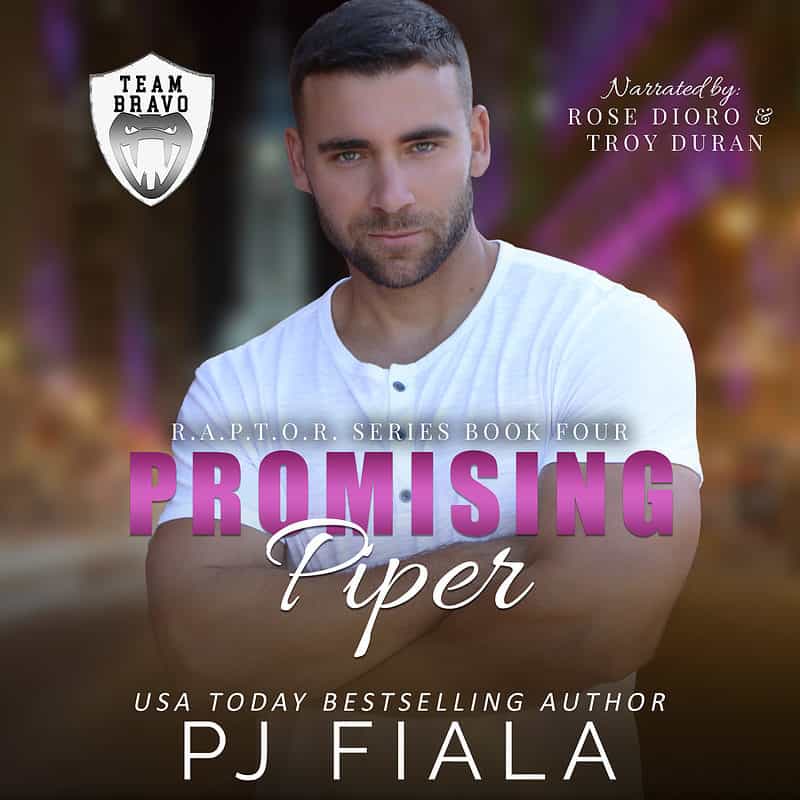 Royce Roman has it all, good looks, charm, personality, gaggles of reporters following him around, the greatest throwing arm to ever grace a football field and throngs of beautiful women wanting to climb into his bed. All except Piper, who wants nothing to do with that lifestyle. Yet, she does want him to risk it all to help her in her quest to bring down a couple of his teammates. He hasn’t worked so hard all these years to toss it all away. But to save Piper’s life, he may have to play the game like never before. 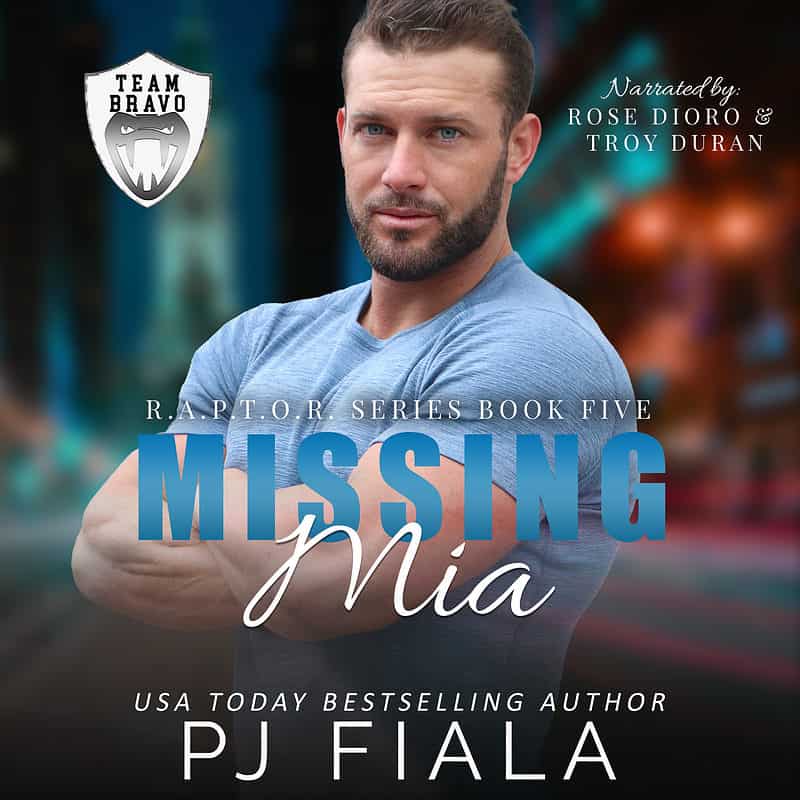 A cyber operative searching for answers.
A reporter with a secret identity.
The story of a lifetime that brings them face to face.

Caiden Marx has had to put his personal sorrows on the back-burner since his high school sweetheart was believed to be killed by a drug dealer. The experience shaped him as a man, making him overly protective of women and children. That’s why he’s so incredible as a RAPTOR operative. But while on a mission in Las Vegas, Caiden sees a ghost, who seems very much alive.

Mia Gregory has lived on the run most of her life. Witnessing the murder of her mother at a young age taught her to stay hidden or die. As an adult, she’s vowed to ferret out those who bring harm to women and children, and shine a bright light on them. She never allowed herself to dream of finding her long lost love, or her brother in the same year.

Can Mia put her fear aside and allow Caiden to help her? Will they find love once again? 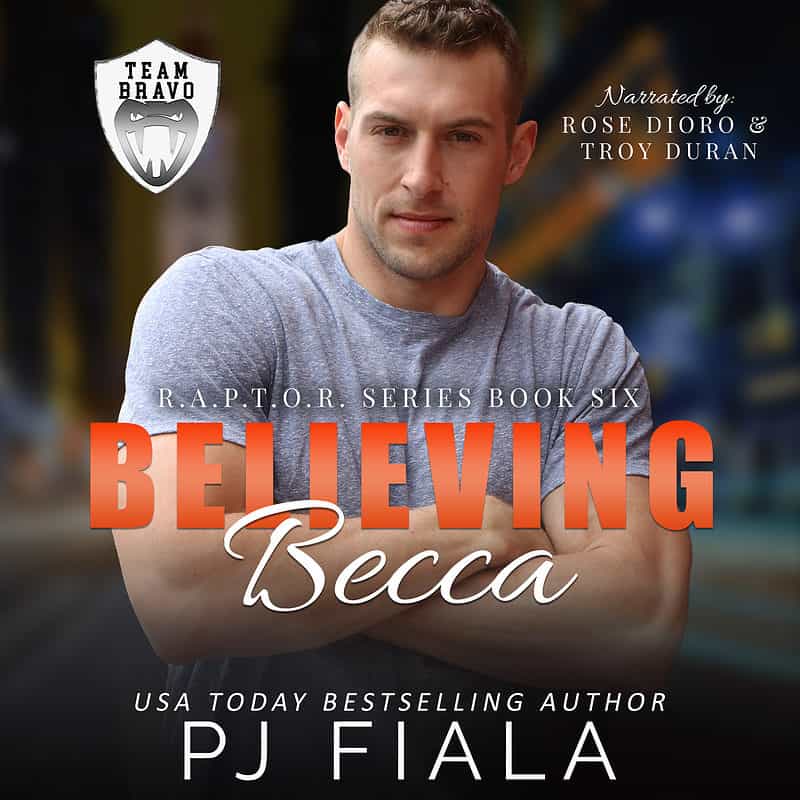 A RAPTOR Operative on a mission.
A hacker who could destroy everything.
And the extraordinary effort to resist one another that conversely brings them closer to each other and death.

Deacon is tracking down a known child trafficker who’d slipped through his grasp. A pesky hacker has caught his attention and has the potential to destroy his mission. When this hacker turns out to be a gorgeous amateur on a path she knows nothing about, her life is threatened.

Becca Bentley a remarkable hacker and a novice crime solver. Breaking into people’s hidden bank accounts is child’s play for Becca. Unfortunately, her lack of crime fighting experience gets noticed by a killer who has turned his attention to her. Now she must rely on the badass operative who is threatening to stop her investigation just when she’s on to something big.

Her biggest challenge yet is to convince Deacon to believe in her and help before it’s too late. 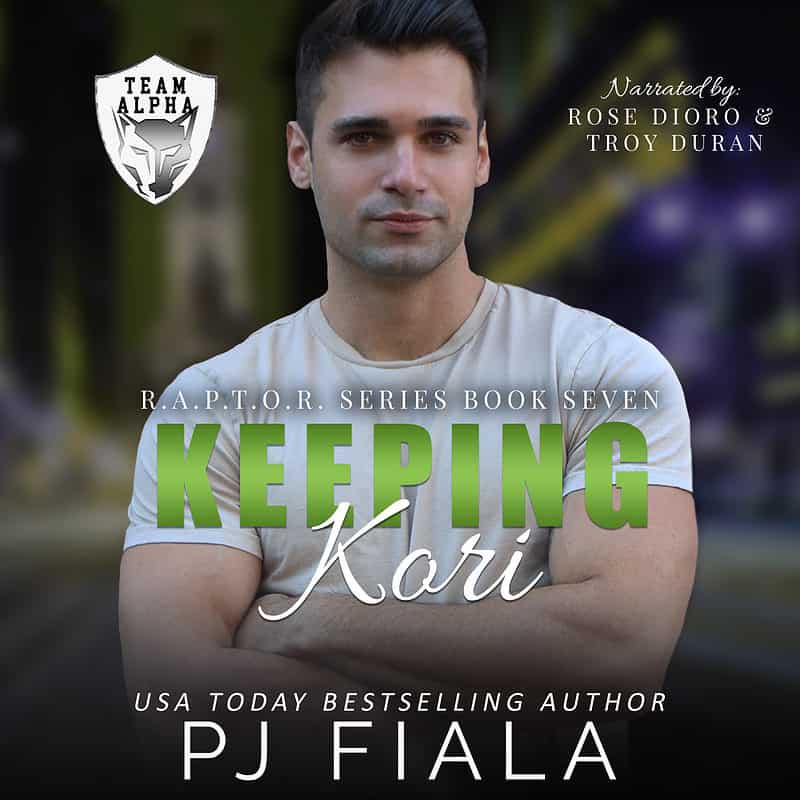 An operative shot in the line of duty.
An EMT with a huge secret.
And the ultimate explosion of consequences and hearts.

Injured but determined to help his fellow operatives, Falcon Montgomery is fighting for all their lives. He’s also battling a pesky EMT who is putting both of their lives at risk. RAPTOR is so close to capturing this criminal and Falcon cannot stop until he’s caught.

Kori Jackson is an EMT with many secrets. While hunting down a man who traffics women out of the country, Kori runs to assist a man shot during an altercation. The stubborn man won’t accept her help though he clearly needs it. She’ll soon learn that his stubbornness is an asset and she’ll need it if she’s to continue on the path she’s carved for herself.

Will their battle of wills prevent them from realizing they are also falling in love? 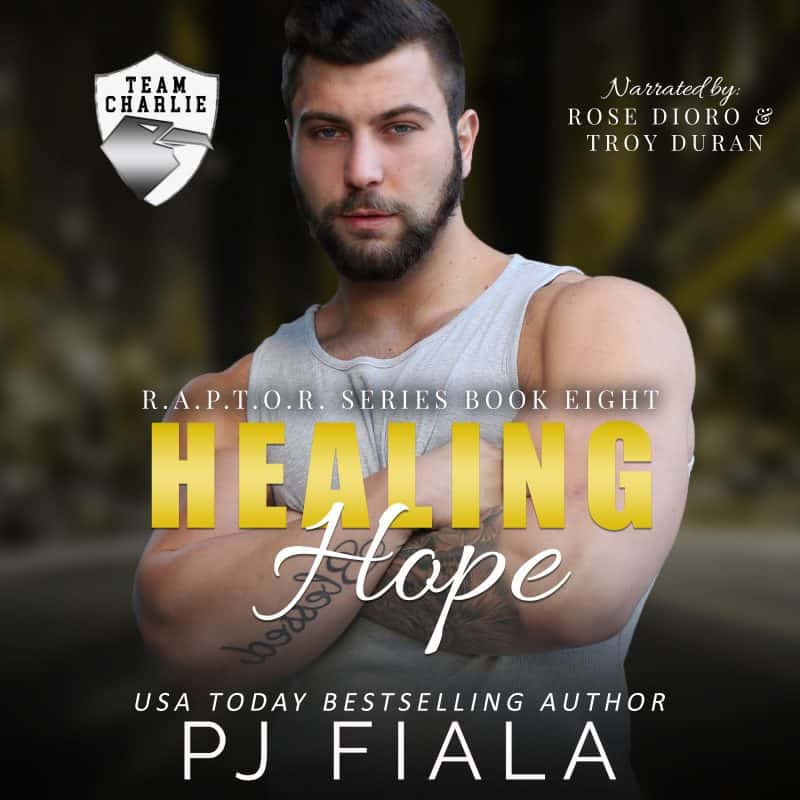 A former SEAL on a life changing mission.
A congressional aide caught up in the underworld of greed.
The explosive culmination of secrets, lies, and salvation.

Stopping traffickers is only half of the job; finding the victims is RAPTOR’s specialty.

Former SEAL, Creed Rowan, rescued a beautiful captive on a yacht during a mission, but there’s more to his rescue than meets the eye. She’s the connection RAPTOR needs to stop an international exchange and save the lives of hundreds of women.

Hope Dumond’s life as a congressional aide in Washington, as ugly as it was, never prepared her for being kidnapped and within minutes of being sold as a sex slave. When her rescuer is also handsome, smart, and incredibly capable of exposing those responsible, she jumps at the chance to tell him all the secrets she’s uncovered. As they compile a mountain of evidence against these despicable humans, Hope longs for revenge against those responsible for trying to take her life.

Healing Hope is the eighth book in the RAPTOR Romantic Suspense Series, although all books in the RAPTOR world can be read as standalones. A steamy romantic story with a guaranteed happily ever after, it does have some strong language and exciting sexy times. Enjoy Creed and Hope!