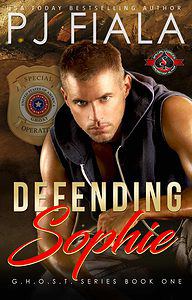 Investigating her friend’s suspicious death, Sophie’s only source of information turns up dead – and she’s the prime suspect.  Forced into hiding, she turns to her brother’s best friend to help keep her alive, clear her name, and find the killer before she becomes the next victim.

Gaige has longed for Sophie for years, and he’d do anything to keep her safe, but details of the investigation aren’t adding up.  Mounting doubts have him questioning her story, even as his heart insists she’s telling the truth. The only thing he knows for sure is he’ll do anything to prove her innocence, but will it cost him his career?