This week on Open Book Blog Hop we’re talking about our personal experiences.  I always try to keep things positive here because there’s just too much negativity in the world today.  This post is intended to be a positive reflection on an experience I never dreamed I would be in or be able to handle if I was in it.

In late June, 2011, my brother, Dale, called me to say he had received a phone call that my father was in the hospital.  My brother travels for his job and he was out of town at the time and that we would be home in a day or so, but in the meantime, I needed to get there. 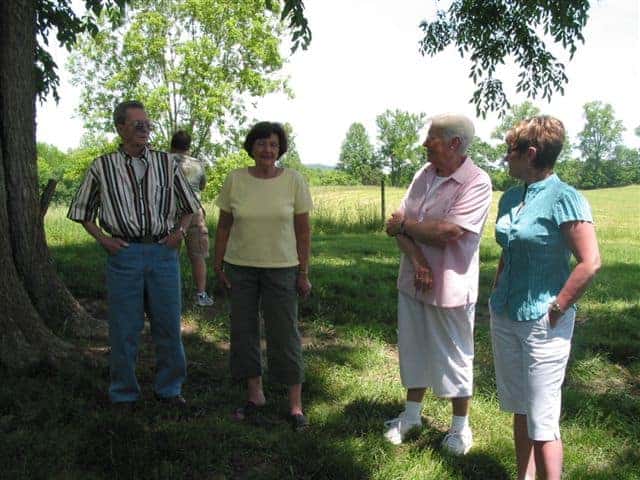 I should take this moment to travel back and tell you a bit about my father.  He was a very solitary man.  He wasn’t a warm fuzzy man, didn’t show emotion and didn’t want to be bothered for the most part.  There had been times when I would try to call him and he wouldn’t answer.  I would try a few times and when a few hours passed, I would get in the car and drive the 23 miles to his house to check.  Usually to find out his phone was turned off or on silent or it feel into the sofa cushions.  I should also add, that when I would go to check on him, he was always irritated that I invaded his privacy and checked up on him.  That was my dad.

Dad was never a big man, around 5’9” in his prime and not more than 160 pounds. He was a life-long smoker and developed COPD in his last 2 years, but didn’t tell us.  That was his business.  During June of 2011, he was sick, told us he had pneumonia.  My brother and I took turns calling him each day to make sure he was okay.  It was a hard call to make, because his response to answering the phone was usually, “Why are you calling today?  I just spoke to you the other day.  Nothing is new, I’m fine.”  That was a mouth-full for my dad, he was truly a man of few words.  He also had a hard time breathing, so it took him a while to say all of that.

I would calmly tell him I just wanted to see if he needed food or help in any way.  I could come and do his laundry or make him something to eat.  He promptly told me no, he just wanted to rest.

I would talk to my husband, Gene, and my brother, and my concern was that he would expire sitting on his sofa, all alone and we wouldn’t find him for a few days.  I also worried that I’d be the one who had to go and find him.  I guess that’s selfish, but I’m a chicken like that.  Not the last image of my father I wanted and, well, you know, it was kind of creepy to walk in on a dead body, even if it was a loved one. 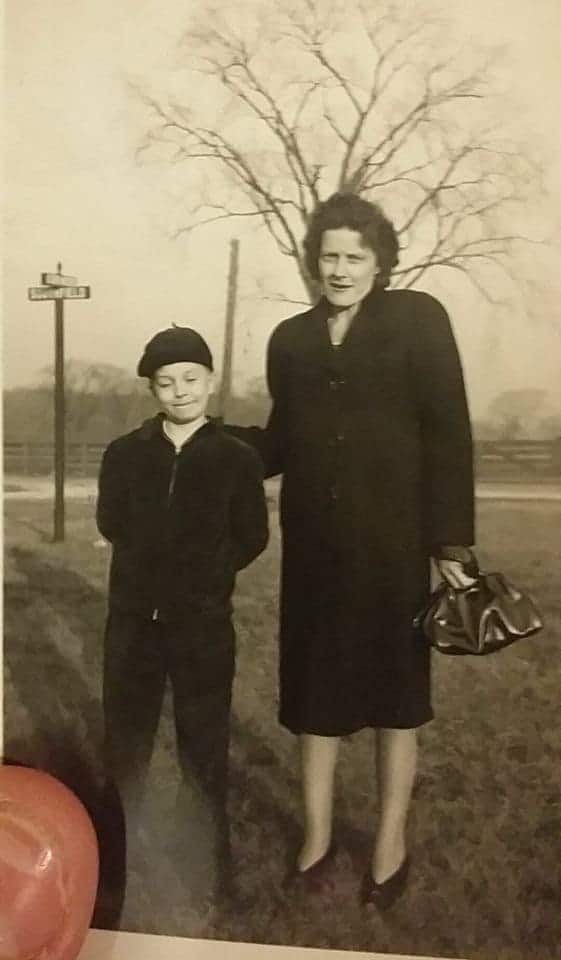 So, back to the phone call.  My brother was called by a police officer, and told that dad had passed out behind the wheel of his car.  Luckily for us, he wasn’t driving, he was in a parking lot.  That was all the information Dale had.  So I went to the hospital to find dad laying in a bed, hooked up to a breathing apparatus, sedated.  A nurse quickly came in and told me what she knew and soon after, a doctor and security guard from the casino filled in the rest of the story.

Dad had gone to the casino, which was just a mile or so from his house to buy, of all things, cigarettes.  While he was there, he bought a dreamsicle and was sitting in his car eating that, when he was overcome with a coughing attack.  (Most likely, according to the doctor, the cold hit his throat and prompted the fit).  The security guard happened to walk by and see him coughing very hard.  He tapped on the window and asked if Dad needed help, but Dad waved him away.  The security guard was concerned though, so he stepped back and out of my dad’s eye sight, but watched him.  That’s when Dad passed out.

The security guard called an ambulance and they took him to the hospital.

While at the hospital, I was shocked at how absolutely frail my father looked.  He barely weighed 89 pounds and his skin appeared almost translucent.  I called my brother and said, “I think you better come home.”

The following day, the doctor felt as though they could remove the breathing tube.  But, he said, your father has advanced lung cancer, congestive heart failure and COPD among other things.  “You better call hospice and work through where he will stay when he is released.”

A social worker helped us find a nursing facility that offered hospice care and the doctor told us he had about 4 – 6 months to live.  On Thursday, a week to the day of Dad’s coughing attack, he was released to a nursing home to convalesce.  He was irritated that he couldn’t go home and to help him along the way, the doctor gave him goals to meet.  As soon as he could take a deep breath and let it out without coughing, he could go home, though secretly, the doctor told us that would never happen.

In the meantime, Dale and his wife, Ann and Gene and I were at Dad’s house cleaning it up.  He had garbage laying everywhere, no clean clothes, very little food in his house.  He was keeping secrets.  It explained a lot to us, like why he never wanted us to come over.  It took us more than a solid week to clean everything up.

While cleaning I found some pictures of Dad and my Mom when they were younger and a few pictures of people I didn’t know.  Gene and I visited Dad on Friday evening in the nursing home and we looked through those pictures.  He was weak, and you had to listen closely when he talked, his voice was barely a whisper.  It was a nice evening.

The following day, Gene and I were getting ready to go on a motorcycle ride, an annual charity event we rode.  I was getting ready and had this feeling that I needed to go to the nursing home before we left rather than waiting until we came home from the ride.  I took the car and the dog for a ride.  Dad was sitting in a recliner, slowly eating his breakfast.  He was holding a piece of bacon in his hand and he would take a bite and chew, breathe, chew, breathe…  It was painful to watch.  He pointed to my clothes (riding gear) and I knew he was asking if we were riding today.  I told him about our ride and where we would be riding.

Suddenly, Dad’s eyes grew wide and he sat back.  I jumped up and a nurse happened to walk past the door.  I said, “He needs help.”  She ran in and looked at him, said, “I’ll be right back.” And took off running out of the door.  She was back in seconds with another nurse, who quickly took out her stethoscope and listened to Dad’s breathing and heart.  She looked at the other nurse and said, “Let’s get him on the bed.”  They laid him down on his bed, and she grabbed my hand and pulled me to the bed and gently pushed my shoulders to I was sitting next to Dad.  She said, “He’s dying but he can hear you.  Say goodbye.  His breaths will come slower and slower and then they’ll stop.”  Both women left the room and I stared at my Dad, thinking that I was glad I was here with him and he wasn’t alone.

I told Dad it was all good, and he should please say hello from us to my grandparents and my brother-in-law, all waiting in heaven for him to greet him when he got there.  And then he took his final breath.  I held his hand for twenty minutes until the nurses came back in the room.  I had called Gene and told him and I called my brother and asked him to come to the nursing home, Dad was gone.  We all stood in the room with Dad for about 45 minutes, waiting for the funeral home to pick him up.  We are a stoic family and usually, it takes a lot to make us cry, this did.  It was July 2, 2011.

If I had never believed in the power of God before that time in my life, I was a believer then.  (For the record, I am a staunch believer in the Lord and know everything I have and am is because of Him).  The things that God had to arrange to make sure my father didn’t die alone; the craving for a cigarette, the security guard how helped him, the ‘feeling’ that I needed to go and see him that morning, the nurse walking by at the right time – all of it, I will always be grateful for.  I was with him, and I know there was no pain.  A blood clot hit his heart and it was over quickly.

I hope you read this and know that even though I lost my father, it is a personal experience that I am somewhat happy for having.  It reaffirmed so many things for me.  My father was sick and dying to begin with and he was with someone who loved him in the end.  The people we were going to ride with that day have told me over and over that on that day, while on the ride, they were thinking about us and they all sat and shared final moments and stories of their own fathers and that the memories were wonderful.