I’m super excited to introduce you to Kylie Gilmore, who I’ve been privileged to meet through some mutual friends and then in some author groups we are both in. Kylie is a fantastic author, and has been so helpful to myself and other authors seeking advice and just bouncing ideas off of.  Please enjoy a snippet of Kylie’s new book, A Tempting Friendship and keep reading because she’s also giving away

Hi Patti! Thanks for having me on your blog! I have a new release, A TEMPTING FRIENDSHIP, that I’d love to share with your blog readers with a giveaway. This is, like all my stories, a STANDALONE, set in the Clover Park world. I write quirky, tender romance with a solid dose of humor. : )

Even Angels have their limits…

Widow Julia Turner is finally ready to date again after five years of mourning her husband. She confides to her longtime friend Angel Marino that she’s signed up for an online dating site and is shocked when it’s Angel that shows up at her door on the night of her first date. And the look in his eye is anything but friendly.

Angel has secretly been in love with Julia since college, and after fulfilling his promise to his deceased best friend to watch over her these past years, he can’t stand idly by and watch her date another man. It’s time to unleash the sexy for a seduction that’s been a long time coming.

“Welcome, ladies, to the very first Singles Book Club! I’m your hostess, Hailey Adams, also known as Clover Park’s one and only wedding planner! I hope to plan a wedding for each and every one of you! Now you might have noticed…”

What in the world am I doing here? Julia Turner fidgeted in her seat and glanced around the circle of six women (and zero men) gathered at Something’s Brewing Café. 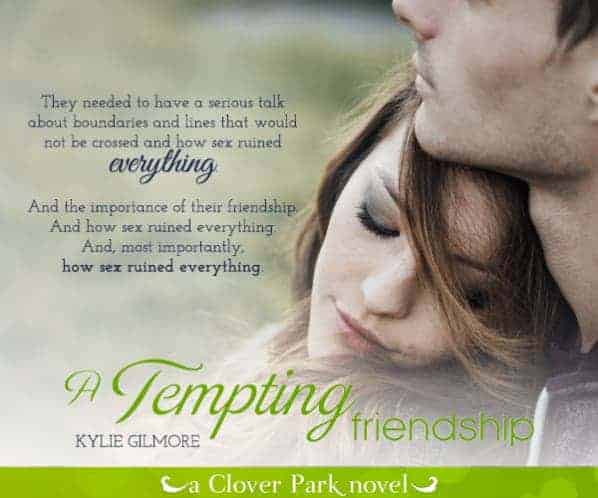 His familiarity with the kitchen made her realize she and Angel were like an old married couple minus the sex. She’d let this go on long enough. Angel deserved so much better.

He remained standing, taking a sip of beer and watching her over the rim. “What is it?”

She clasped her hands tightly together, suddenly nervous that Angel would fight her on this. He’d been so protective of her since Brad died. “I, uh, I signed up for an online dating site.”

His jaw dropped, and the beer slipped from his hand, hitting the old linoleum floor with a thud and then a bounce. Beer spewed everywhere. She leaped up, grabbed some paper towels and hurried over to clean the mess. Angel stood frozen in place, saying nothing. It scared the hell out of her. She’d never seen him shocked into speechlessness.

She sopped up what she could—it was nearly a full bottle—and tossed the towels and bottle in the trash. Then she grabbed more paper towels, the kitchen still eerily silent. “Angel? Please say something.”

She glanced over, took in his clenched jaw, his lips a flat line, and swallowed hard. He remained silent as she knelt at his feet and cleaned up the rest of the wet floor. She yelped as he suddenly grabbed her by the upper arms and yanked her to her feet. Not only because he hadn’t touched her in five years, and his fingers were burning through the thin fleece, it was his grip, tight and unforgiving. Her fingers clenched the sopping wet paper towels, beer dripping between them, soaking the floor, soaking her socks.

“Let me throw these out,” she said, her voice unnaturally high. Angel never lost his temper with her. With Brad, yes, but never her.

He gave her a little shake, and she squeaked. “You’re ready to date?” he asked through clenched teeth.

She sucked in a breath. No, absolutely not, but she needed to make things right. To set him free. “I-I want to try.”

He leaned close, and she dropped the towels, her heart thudding against her ribcage. Angel close up overwhelmed her senses every time, but the fierce look in his eyes lit a dark desire that filled her with shame.

“With a stranger?” he bit out. “Some random asshole you met over the Internet?”

She looked away. “There’s nice people online too.”

He released his grip on her arms and crossed to the far side of the kitchen away from her.

“It’s for the best,” she said, her voice shaky. “I…” She trailed off at his hard, furious look. This was not the Angel she knew. Her Angel was kind, good, unbearably sweet and tender always. Except for those times when she’d crossed the line. Then they’d both been animals, consumed by base desire heightened by the forbidden.

He advanced on her, and she braced herself. Stay strong. For once in your life, do the right thing with Angel. He stopped short a foot away. “No. I won’t allow it.”

She bristled at his authoritative tone. “You’re not…you don’t get a say.”

“Best friends are supposed to—”

He grabbed her and hauled her close, her softness pressed against his hard planes, filling her with traitorous heat. He’d never touched her first. It was always her.

“Please don’t,” she said on a near sob, turning her head away. This wasn’t going to help either of them. One kiss and they’d be naked. It was out of control. But Angel and sex had always been wrong. Always been her weak spot. Brad had no idea the kind of wife she’d been. The kind of girlfriend. But it was even worse now. With their twisted history, she and Angel couldn’t…she felt light-headed. He’d bail for good this time. Just the thought of losing Angel forever robbed her breath.

“Julia.” The one word was a harsh demand and rasp of frustration at the same time. “Look at me.”

“Please,” she whispered. “You’re the only person I can count on. The only thing that kept me sane when the grief was too much.” She licked her dry lips. “You deserve…” She trailed off as he leaned close, her mind suddenly blank.

“What do I deserve?” he asked, his voice a husky rumble in her ear. 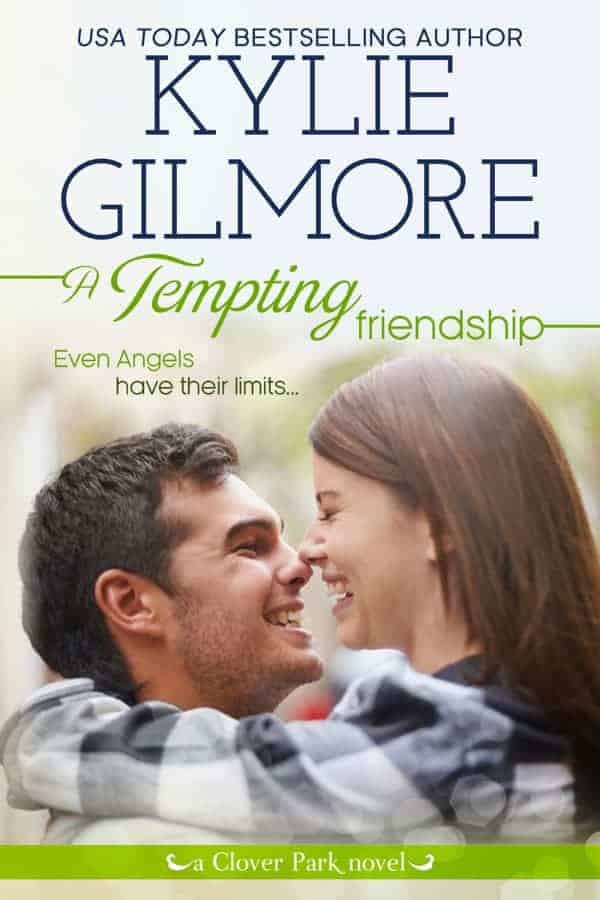 Fun Fact: The Fierce Trilogy, the story within this story, is fictional, but some readers want that whole story too!

Also, Julia is part of the Singles Book Club led by the perky wedding planner, Hailey Adams, who will kick off my spinoff Clover Park Brides series with the help of a sexy bartender.

New stories still to come in 2016: Almost Hitched, book 5 in my spinoff Clover Park STUDS series releases August 2016. The first book in the Clover Park Brides will release this fall!

Signed paperback of book 2 in my Clover Park series, Daisy Does It All. (International readers will receive the e-book) To enter, download the FREE book 1, The Opposite of Wild, then follow the directions on the Rafflecopter.

14 thoughts on “Kylie Gilmore is in the Author Spotlight”