P.j. MacLayne is a fantastic author and one of the authors who has written a story for the Stories of Sun, Sand & Sea 11 Beaches – Anything Can Happen anthology, which is now available for pre-order.  P.j.’s character, Lando Soldati has agreed to be interviewed, so without further ado, meet Lando Soldati.

A. Oh, man. My favorite character to cosplay is Daredevil. I dig the red hair.  He’s got crazy ninja skills and the power to satisfy the ladies. But since I have none of those skills in real life, I’ll claim my ability to solve complex computer programming issues. And because I get bored with the day-to-day stuff, I do some white hat hacking on the side for fun.

A: When I’m dealing with a difficult client and they’re trying to tell me how to do my job. I’ve learned to nod my head and make non-committal sounds so they know I’m listening, but not actually agree with them. They think I’m going to do things their way (which won’t work) so they leave happy. Maybe it’s not actually lying, but it feels like it.

3. Q. When and where were you the happiest?

A. Sixth grade. The first time I built a computer from scratch. My parents got me the case and motherboard for my birthday, and the rest of the parts were scavenged from various broken computers of family and friends. It took me a few days to assemble it, as I figured out how to fit everything together, but when I pushed the power button it actually turned on! It wasn’t the most powerful computer in the world, but it worked! Every time I build a new computer, I still remember the thrill of seeing the green light flickering that first time.

4. Q. What is your biggest regret?

A. That I didn’t do a dual major with Robotics as my second area of study. I don’t know that I want to work in the Robotics field, but I find the subject fascinating, especially when you realize how much of our lives are already spent interacting with computers. When I get around to going for my Masters, I might consider studying Robotics instead of Comp Sci.

A. Geeks Rule! But I live by these words. “There are 10 kinds of people in this world: those who understand binary and those who don’t.” It reminds me to have patience when I’m dealing with those who don’t.

6. Q. Clothes in the hamper or on the floor?

A. On the floor. That’s one of the joys of living the single life. I can toss my clothes on the floor until I’m ready to wash them. Which I do once a week. Mostly. As long as my mother doesn’t come to visit, it’s all good.

7. Q. Where do you see yourself in five years?

A. I really like where I am now. I’ve got a good job and a good boss and live in a state that’s never boring. There’s amusement parks and nightclubs and plenty of beaches and good looking girls in bikinis. I might even get serious about one of them some day, but I’m not ready to settle down with anyone yet.

Author Bio: Born and raised among the rolling hills of western Pennsylvania, P.J. MacLayne still finds inspiration for her books in that landscapes. She is a computer geek by day and a writer by night who currently lives in the shadow of the Rocky Mountains. When she’s not in front of a computer screen, she might be found exploring the back roads of the nearby national forests and parks. In addition to the Free Wolves’ stories, she is also the author of the Oak Grove series.

Love on the Rocks is her contribution to the anthology “Stories of Sun, Sand and Sea.” Lando also appears in the Oak Grove series.

You can reach her at: 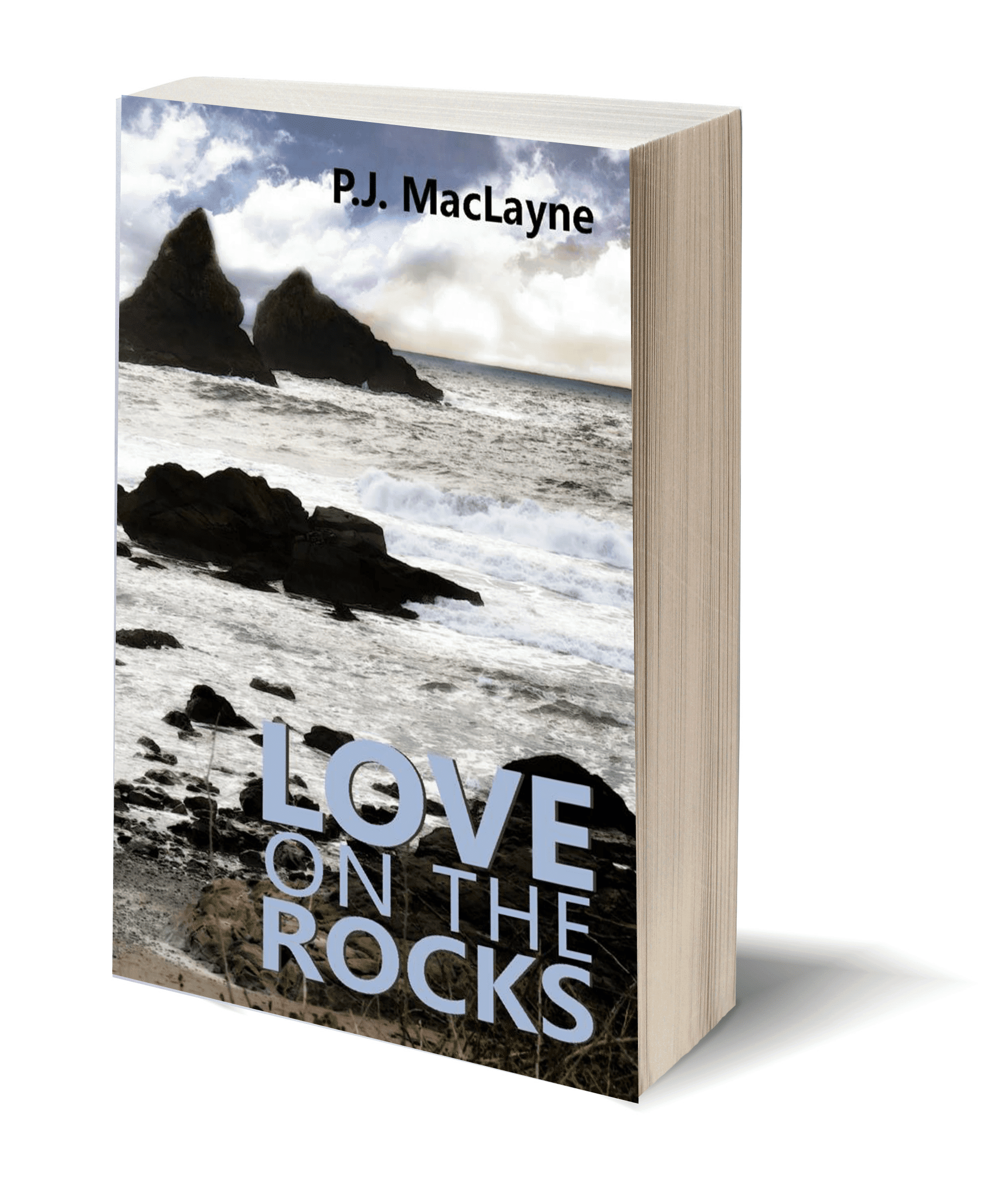