MISSING US by Traci Wooden-Carlisle is a story you’ll want to read more than once! 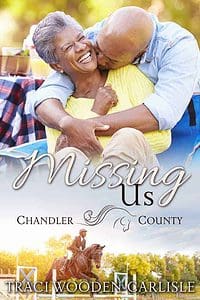 Dr. Atherton Nathan, Terry, never imagined that the pact he made four decades ago would cost him what he treasured most – his family. Now that he has fulfilled his obligations he will do whatever it takes to win them back. That includes his ex-wife Reina.

Dr. Atherton Nathan, Terry, never imagined that the pact he made four decades ago would cost him what he treasured most – his family. Though he survived the slow disintegration of his marriage, he held fast to the hope that he could win back the only woman he ever loved.

His youngest daughter now has a life and love he has always wanted for her and their relationship has healed enough for her to allow him to give her away during her wedding.  He hopes the weeks he will spend in Chandler County to ensure her transition from her life and career in Chicago to Chandlerville before the nuptials will be enough to convince his wife…ex-wife of his love for her and hers for him.

Reina Fellows Nathan can finally breathe a sigh of relief. Her youngest daughter’s life is out of danger and Shauna is carving out her own path towards happiness. All Reina has to do is get through the weeks it will take to help her daughter plan her wedding and avoid her ex-husband. He nearly destroyed her once and despite some of the changes he’s recently made she dare not trust her heart to him.

Each day brings new challenges that work against her resolve to remain unaffected by her ex- husband’s attempts to court her again, but secrets, lies and a long-held pact that comes to light may make it impossible for a true reconciliation. 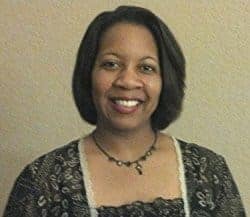 Traci Wooden-Carlisle began writing poetry and short stories as soon as she was able to form words on paper. She used that as a way to creating worlds, as well as, to communicate with God. A native of Los Angeles, California, she grew up attending United Methodist Church under the leadership of a pastor whose heart was for youth. Once she finished college at she found herself at a loss. She felt caught in the transition between childhood and adulthood. She surrounded herself with saints and volunteered her services as a graphic artist. Through the early-morning prayer, all night Friday prayer and 3-day shut-ins she started on her journey toward her most desired gift, an intimate relationship with God.
Today, Mrs. Wooden-Carlisle lives in San Diego with her husband, David Carlisle. When she isn’t writing she teaches fitness classes and runs a jewelry and craft business.