Be in the know about new releases and reader exclusives!
Sign Up!
Skip to content
Childhood Reading – Does it shape you?
Chocolate Chip Cookies and the chance at $100

OMG – Samantha Chase is in the house!

Hey folks, Samantha Chase is in the house this week!  Yay!  So, come on in, get comfy and check out Samantha’s post and, well, her books…

Okay, so I know I’ve read this from other authors in the spotlight and it’s very true – it’s kind of intimidating to have the freedom to write about whatever we want! I’m so used to writing things that I have to write that I almost don’t know what to do with myself here! But don’t worry, I eventually figured it out.

So I write classic, contemporary romances and I have a sort-of new release this month with JORDAN’S RETURN. It’s actually a re-release of the very first book I ever wrote and self-published and my publisher is putting it out there with a pretty new cover and a professionally edited story. If you read the original, you’ll thank me! 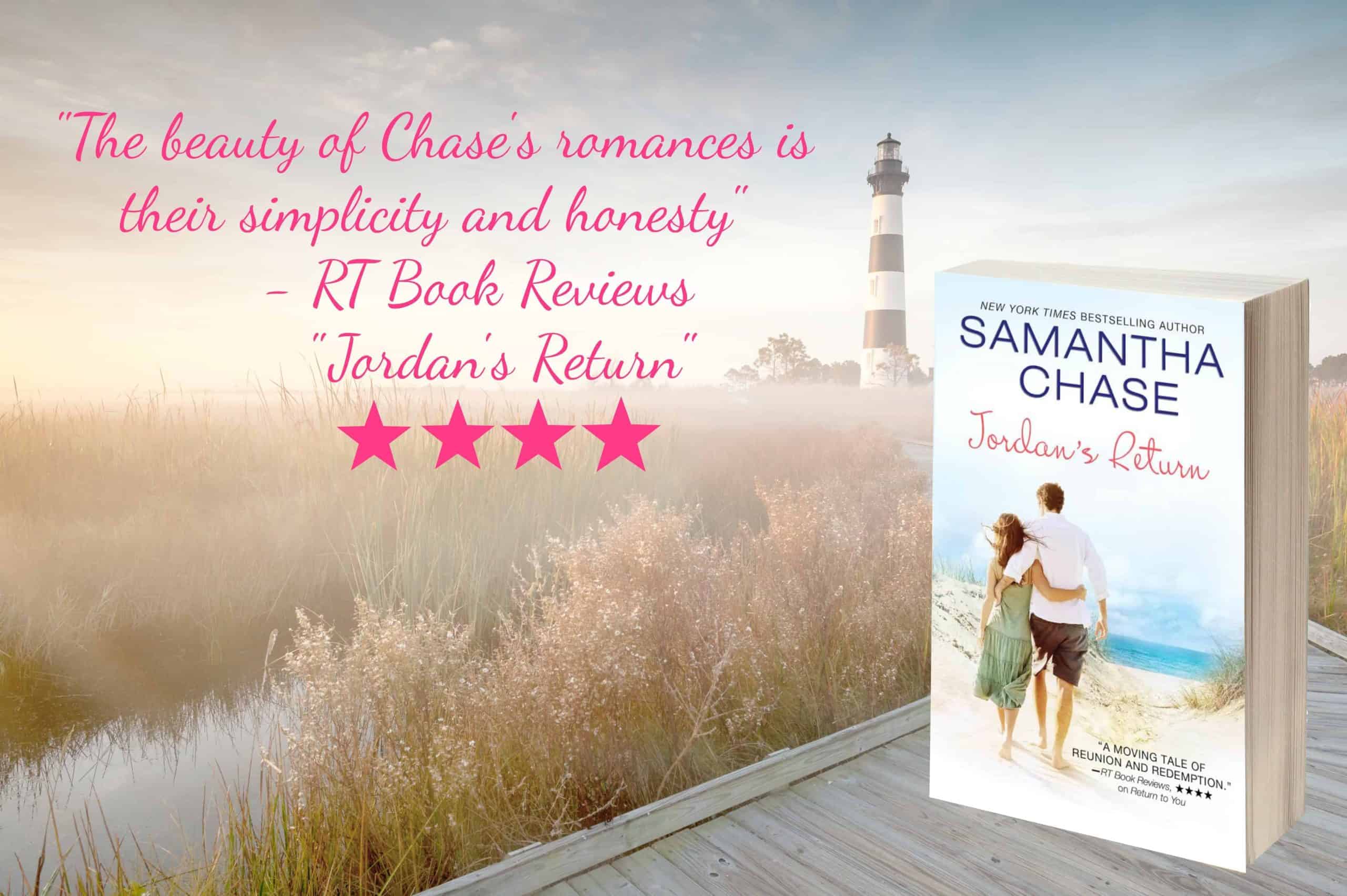 This was my first book and really I don’t think I’ve written anything even remotely like it since. There’s a definite romantic storyline (a reunion romance trope), but the story has a lot more to do with Jordan and her life as a single mom and coming to grips with who she is as a person. It was a bit of self-discovery for her and as much as I love the romance between her and Rob, I think watching her come into her own was a little more fascinating. Her character probably has the most depth out of just about all of the characters I’ve created over the years and so it’s been exciting to see this book getting so much attention for the re-release. The audience this time around is far broader than it was when I self-published it back in 2011.

For the record, she isn’t based on any real person and neither is Rob.  I get asked that a LOT. They are completely fictional. Her sons are actually loosely based on my own sons. So there is that. But other than that, they’re all the work of my imagination.

So which is more exciting – a new release or a re-release? Hard to say. There is something exciting about them both. In my case with my books, almost my entire backlist is going to get re-released and most of them were only ever available in digital so it’s very cool to see them in stores and in paperback. But there is definitely something to be said for that brand-new release and holding it in your hands for the first time. Gah! It’s like trying to pick your favorite child! For now, I am incredibly grateful that I get to do what I do and that readers are enjoying my stories. And I’m thankful for Patti for having me here today to ramble on about them! 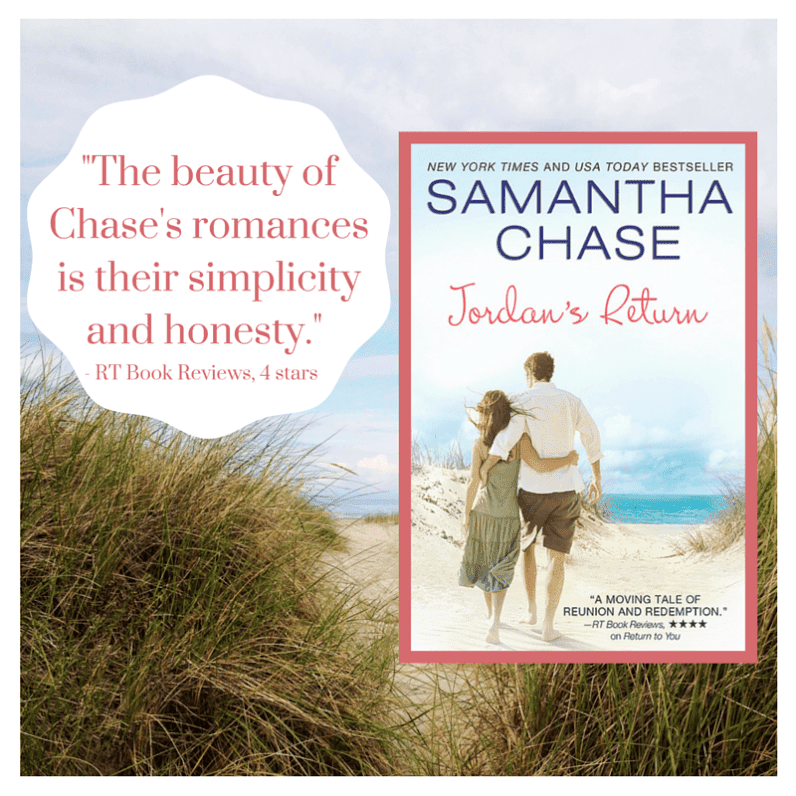 Here’s your chance to read Jordan’s Return from the devine Samantha Chase.  Simple enter the Rafflecopter below.  Good luck!

24 thoughts on “OMG – Samantha Chase is in the house!”

Childhood Reading – Does it shape you?
Chocolate Chip Cookies and the chance at $100