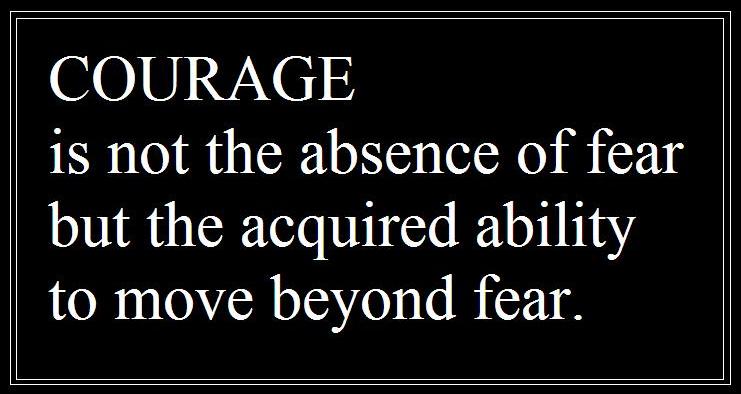 I had the pleasure to watch the movie Trumbo this weekend.  I was born after all of this happened, but some things I remembered from my parents and grandparents talking later on.

Since we are in the midst of an election right now (and when aren’t we?) this is a timely topic.  I also believe it’s a great topic for courage, because what ever your political affiliation, to have the courage to stand up for your political beliefs, besides the damaging repercussions, shows tremendous courage.

For those of you who don’t know who Dalton Trumbo is, he was an American screenwriter and novelist.  He was part of the Hollywood Ten, who, in 1947, refused to testify before the House Un-American Activities Committee, because he was suspected of being a communist.  Trumbo penned movies such as Roman Holiday, Exodus, Spartacus, and Thirty Seconds Over Tokyo. 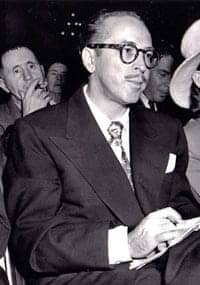 Because of his assumed communist affiliation and later admittedly so, Trumbo was cleaver and despite being blacklisted in the Hollywood community, crafted a way to continue writing and supporting his family.  He wrote screenplays, and gave them to other writers to take credit for them, while splitting the proceeds.  Roman Holiday (1953) was one of those movies, which went onto win an Academy Award.  The Brave One (1956) was awarded to a pseudonym.

It wasn’t until 1960, when Kirk Douglas publicly claimed that Dalton Trumbo wrote his moving Spartacus and Otto Preminger credited Exodus to Trumbo, the blacklist started melting away.

The Hollywood blacklist put Trumbo and his Hollywood Ten companions in dire straights.  They were unable to work in Hollywood, they lost their homes, their health, their families and friends.  To continue to stand up for what he believed in and for finding a way to do what he knew how to do, Trumbo indeed showed an amazing about of courage and belief that to deny a part of yourself was worse than the denial of work and livelihood.

As to the movie, I’ve been a Brian Cranston fan for a very long time.  Back in the day when he was in Malcolm in the Middle, I was a fan.  But, then he starred in Breaking Bad and I was wowed, and wooed each week as he took a simply, meek character and turned him into a drug lord.  Week by week I was amazed at the acting range he had.  He made me believe that Walter White actually existed.

He’s no different in Trumbo.  He ages through this movie and does so believingly.  He hits life head on, even when it seems hopeless.  I enjoyed Trumbo very much and it was nice to be brought back in time to the days when your political affiliation was enough to get you blacklisted.  Something that hopefully, we’ve risen above today.

I have friends who believe differently when it comes to politics than I do.  We’re still friends.  When the mood is right and we want to enter into a conversation about our different beliefs, Gene and I enjoy hearing the other side and why they believe what they do.  It’s good to open our eyes to a different thought process and expand our minds.  But, mostly, at the end of the day, we remain friends, because, that shouldn’t matter.  Going out and having a couple of drinks, seeing a movie, having dinner, or enjoying our friends doesn’t happen because of our political beliefs, it happens because we like our friends.

Pop on over and see what my fellow blog hoppers are writing about courage today.  If you’d like to join in, just click on the InLinkz below and add your URL.