I have always been intrigued by mystery!

Even as a child, I would look at an old house or graveyard and conjure up a story of what might have been; who lived in the old house, what secrets of those who lived there were hiding, and how and when did they die. Did they die of natural causes or was there some mysterious event that caused their demise? 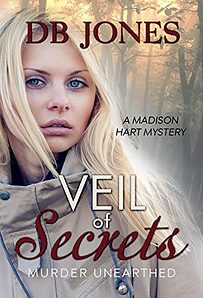 I grew up in a small old town in Central Florida where everyone knew each other, or so they thought. However, what happens behind closed doors remained there, most of the time. When a crime occurred, the entire town was involved. They were as eager as the authorities to know the how, who, what, and why. Rumors engulfed our town more than a tsunami coming ashore after an earthquake. Everyone had their opinions and weren’t shy about voicing them.

After my mother and brother had died four months apart, I slipped into a deep, dark hole. Their words about doing what I wanted to do before it was too late, haunted me. I cried for weeks and hid in my house alone in my self-imposed pain and suffering.

One day after I cried so hard that my tears went dry, I sat up, took in a big breath of air, poured a glass of wine, climbed into my bed and finally fell asleep for the first time in weeks. I awoke in the middle of the night with the first book flooding my thoughts. It took me nearly two years to complete the entire trilogy, but during that time, I returned to my hometown to take care of my mother’s affairs and her home. During that time, I drove the backroads of my youth, and it wasn’t long when the first of the Madison Hart Mysteries was born. Every time I returned to my hometown another plot came to me, so I decided not to sell my mother’s place but to use it as my writing inspiration, my muse.

Madison Hart is a strong, tenacious, fearless, gun-slinging FBI Profiler/Criminal Investigator who was at the top of her field in solving cases and bringing the unsubs to justice. However, due to her sister’s illness, she returned to her roots in Maitland, Florida. While there, a murder case captured her attention. Since the FBI was asked to assist, she offered her help with the Maitland Police Department and Detective Josh Logan to unravel the twisted and complicated case. After the case, she decided to follow her dreams and open her own Private Investigation Agency, so she took a hiatus from active duty with the FBI. 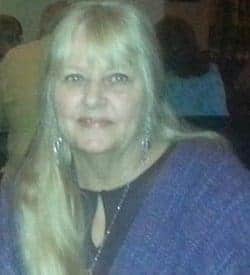 To make Madison’s stories real, I delved into massive research on all the facts; an in-depth study of forensics, the study of how a coroner determines the cause of death, and the science of decomposition of a body. Each case that Madison investigates requires more research on my part as the author. My readers are intelligent, and I would not insult them by making the details less than accurate.

Over the past six books in the Madison Hart Mysteries, her character, and her relationships have developed and there’s always another unsub to apprehend, a mystery to solve, and a love interest growing, so I don’t see Madison stopping anytime soon. Even as I speak to you about her, my mind is racing ahead to the next mystery.

I hope you’ll take a chance with Madison and follow her in the Madison Hart Mysteries.

Do you have a mystery for Madison to investigate?

I’ll be giving away a signed copy of Veil of Secrets, Murder Unearthed, a Madison Hart Mystery.  I hope you’ll sign up for my Newsletter for the latest Giveaways, Special Sales Announcements, Events, Book Signings, and New Releases  http://eepurl.com/bWvWw

I was asked to give you a recipe from Madison’s favorite meals. I happen to know, from her books, that she loves French Toast. I uploaded this recipe from her computer, but I don’t think she’ll mind me sharing it with you.

4 slices of Brioche bread
2 eggs
Dash of Cardamon
Dash of Cinnamon
Pinch of Salt
¼ teaspoon of Vanilla
¼ cup of cream or half & half
Whip eggs until well blended, then add remaining ingredients.
Add a Tablespoon of butter to hot skillet

Dip bread into mixture and place on skillet. Turn when bottom becomes brown

Serve with melted butter, maple syrup, and sprinkle with powdered sugar, and a side of fresh strawberries.

Thank you for taking the time to visit with me,  DB Jones