Last week I mentioned the group, Seasoned Romance, on Facebook.  We are a group of authors and readers who love mature characters.  This is where I met Amelia Autin, who has agreed to join us this week.   And, he……re’s Amelia.

Killer Countdown will be my ]]>


The idea for Killer Countdown came to me when I was at one of the lowest points in my life. My husband had just checked into the Mayo Clinic in Phoenix, AZ “for observation,” and I was desperately worried.

As if that wasn’t bad enough, my first book since the late nineties, which was about to be released in another month (Cody Walker’s Woman, Harlequin Romantic Suspense, October 2014), received its first online review. A one-star review. On my publisher’s own web site, no less.

No author enjoys receiving a one-star review, but if the reader had just said the book wasn’t her cup of tea, given it one star, and left it at that, it wouldn’t have upset me…much. But that wasn’t what she did. She didn’t just dislike the book, she actively hated it. I had never read anything quite so vitriolic as that review. The reader trashed the book, revealing critical plot points (without noting they were spoilers), and using the words “Boo hoo!” in a derogatory fashion regarding something in the hero’s past that had scarred him. Ouch!

Then she went on to rip me apart as an author, wondering why the book had even been written. As if I had offended her somehow—how dare I think I could write! There was a lot more in that vein, but I will mercifully draw the curtain at this point.

I tried to ignore that review—I had a real life crisis on my hands, which was far more important than some reader’s negative opinion of my “baby.” Still…it was there in the back of my mind as I lay on a pull-out bed in my husband’s hospital room in the middle of the night.

Sleep was elusive, though I reminded myself I’d pay for it in the morning. Then it came to me, the opening lines of Killer Countdown. Now I still couldn’t sleep, but for a good reason. I quietly dragged out my laptop (so as not to waken my husband) and began writing. All the angst I was experiencing, all the emotional devastation caused by what was happening to my husband and one reader’s vicious review, was poured into those first few chapters.

The book wasn’t written in the week my husband spent in the Mayo Clinic, of course. But writing was my escape, and I survived mentally and emotionally because of it. I eventually turned those opening chapters into a proposal I submitted to my editor…and she bought it. When I look back now on those desperate days in the fall of 2014, I realize what a blessing in disguise they really were. I’m a better person now, I think, for having lived through that experience. I know I’m a better author. And I learned something crucial about myself I hadn’t really known until that point—I’m a writer. Because writers write…no matter what.

Amelia is giving away a copy of Killer Countdown.  Check out the excerpt:

She lifted her head. “I said I never needed a white knight before, but it sure felt nice having one when I did.”

He couldn’t look away from the bright intensity of her blue eyes. “Is that how you see me?”

“What am I when I’m not a white knight?”

If he’d been drinking something, he would have choked. 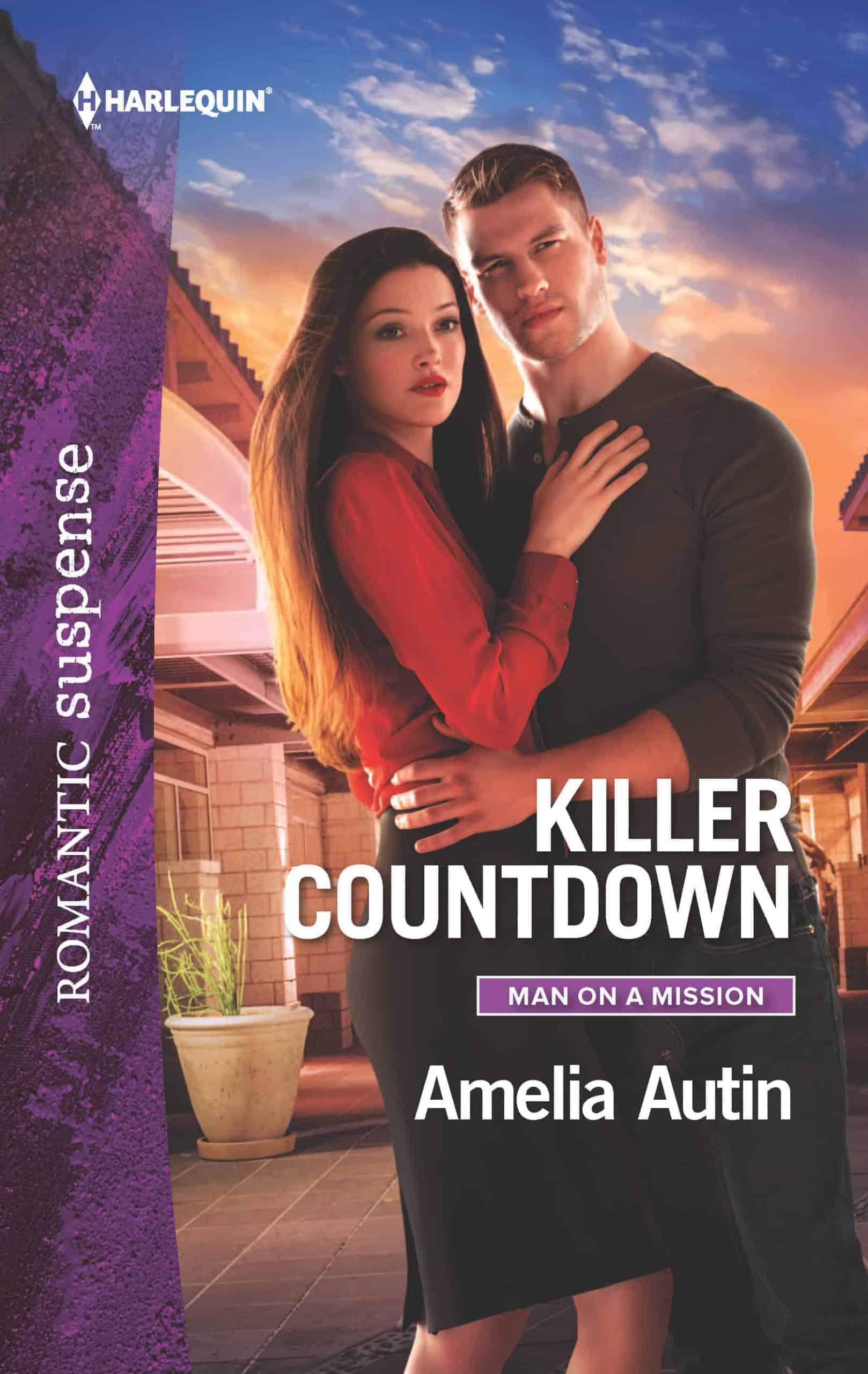 Back of the book

TV reporter Carly Edwards has the scoop of a century! She’s discovered that Senator Shane Jones was diagnosed with a life-altering illness, but she can’t help but be drawn to his courage. So when Shane saves Carly’s life from a killer, she resolves to keep her story—and the irresistible politician—alive…

A politician and a media personality are a recipe for romantic disaster. The last thing Shane wants is to endanger Carly. But how can he prevent her from getting close when the very air between them sizzles? As their lives are threatened, Shane realizes Carly’s the one woman he wants forever—if he can keep them both safe!

How do you enter to win a copy of Killer Countdown?  Like most men (my husband included), the hero in Killer Countdown, Shane Jones, is particularly susceptible to a woman in red. So he’s practically speechless when he sees the heroine, Carly Edwards, in red…

When the door swung open Shane started to speak, but the breath left his lungs at the sight of Carly in red, and he had to remind himself to breathe. Last night, in her sparkly blue evening dress that matched her eyes, she’d been regal and radiant. Tonight she was stunning.

When their eyes met he said huskily, “There are no words, Carly.”…

But that’s not my favorite color, which is lavender blue. What’s yours? Comment for a chance to win an autographed copy of Killer Countdown (US residents only; international winners are eligible to win an emailed ebook copy). 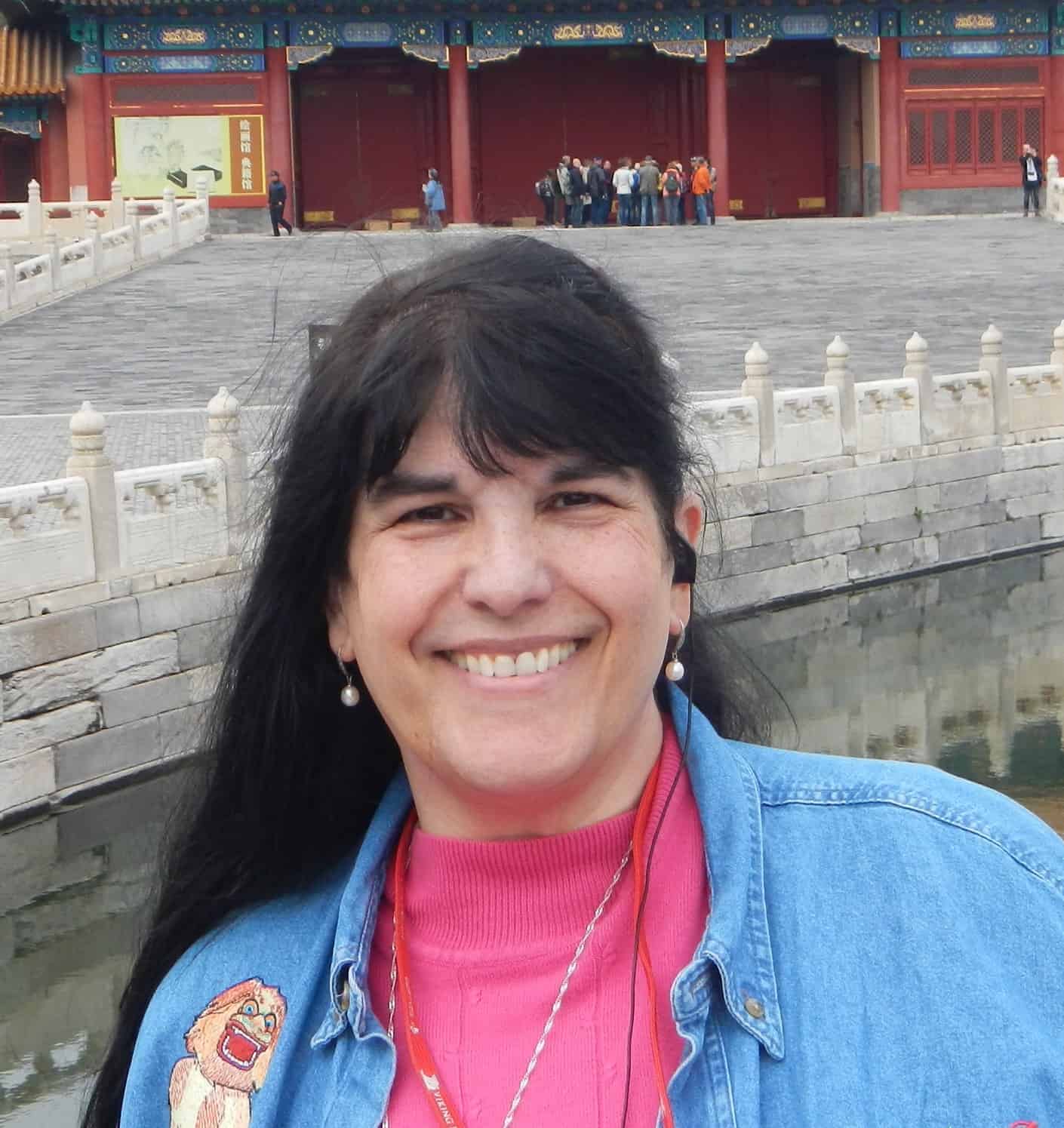 Award-winning author Amelia Autin is an inveterate reader who can’t bear to put a good book down…or part with it. Her bookshelves are crammed with books her Ph.D. engineer husband periodically threatens to donate to a worthy cause, but he always relents…eventually.

Amelia is a long-time member of Romance Writers of America (RWA), and served three years as its treasurer. She resides with her husband (a real-life hero she affectionately refers to as Bodyguard on Facebook) in quiet Vail, Arizona, where they can see the stars at night and have a “million dollar view” of the Rincon Mountains from their back yard.