This past weekend, Gene and I went to our son, Alex’s house and helped him with his landscaping.  Alex bought this house two years ago. It had been in foreclosure and the bank and fixed up the inside beautifully, the outside left you to use your imagination.  Alex doesn’t enjoy landscap ]]>


I have tons of day lilies at my house and they are big enough that I could split them.  That’s how our day began, I split five of them, we loaded the trailer and off we went.

We began by removing the few landscape blocks that had been haphazardly placed there and Gene roto-tilled the area up.  I laid out an extension cord in a pattern I liked and we began laying out the blocks in that pattern.  Since the front had already had landscape blocks in a wavy pattern, I continued that around to the side.

We planted the lilies and purchased some mulch to cover the ground. To break up the low landscape, Alex bought a miniature Willow tree to add some height and to cover up the cable wires leading into the house.

Overall, the cost of all of this was around $130.  TRUE.  Look at the difference only $130 makes. Before on the left, after on the right. 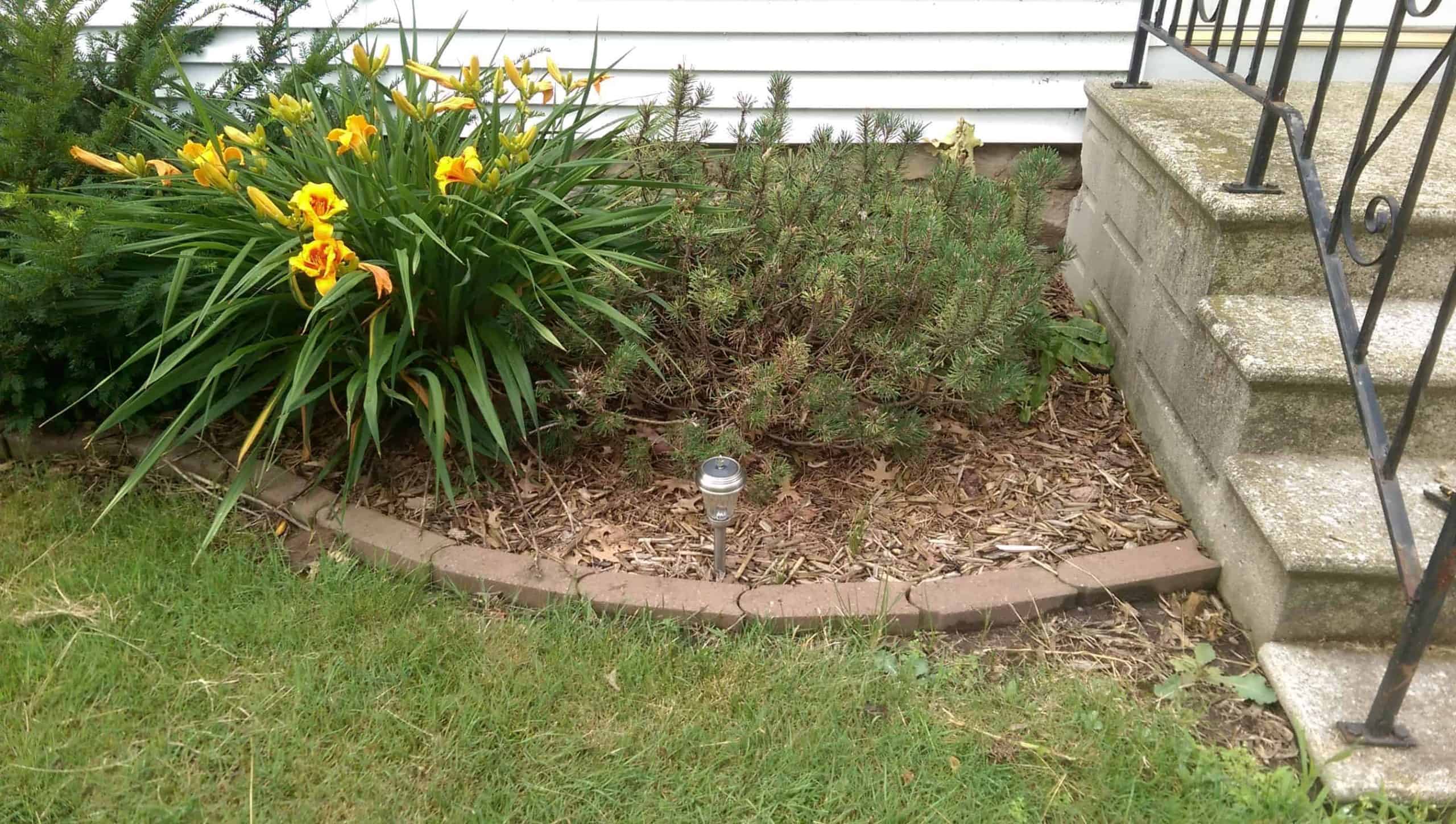 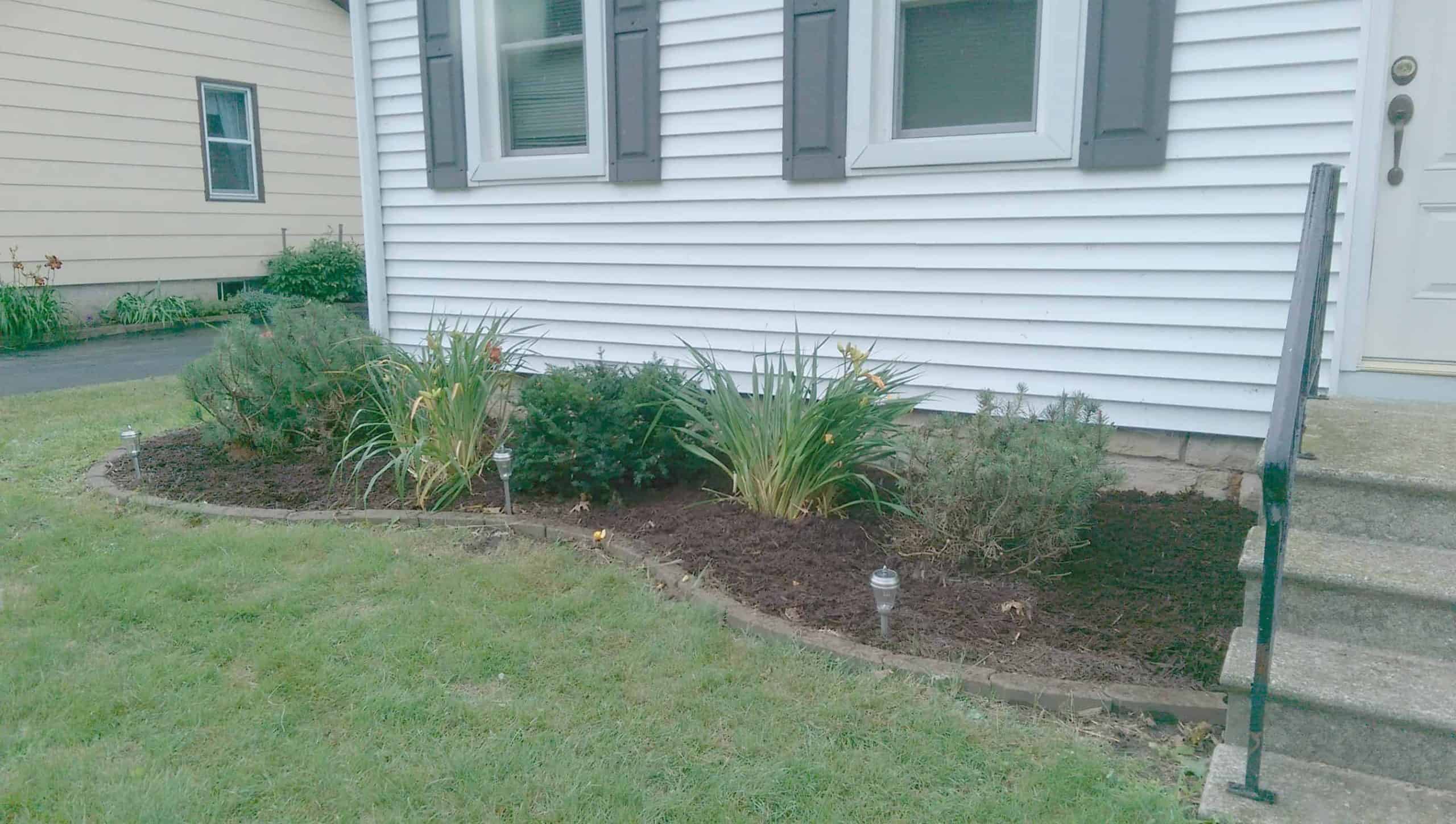 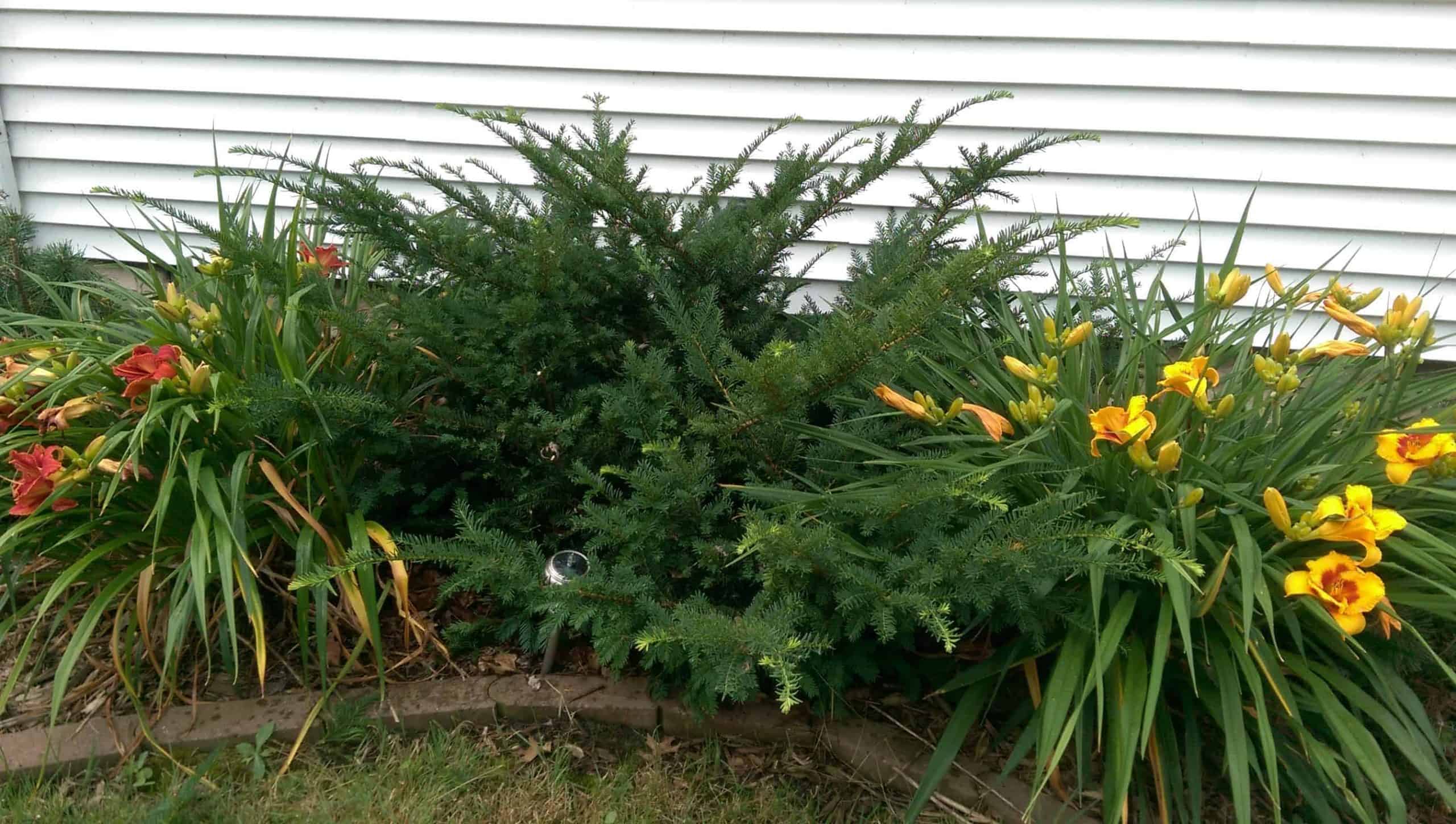 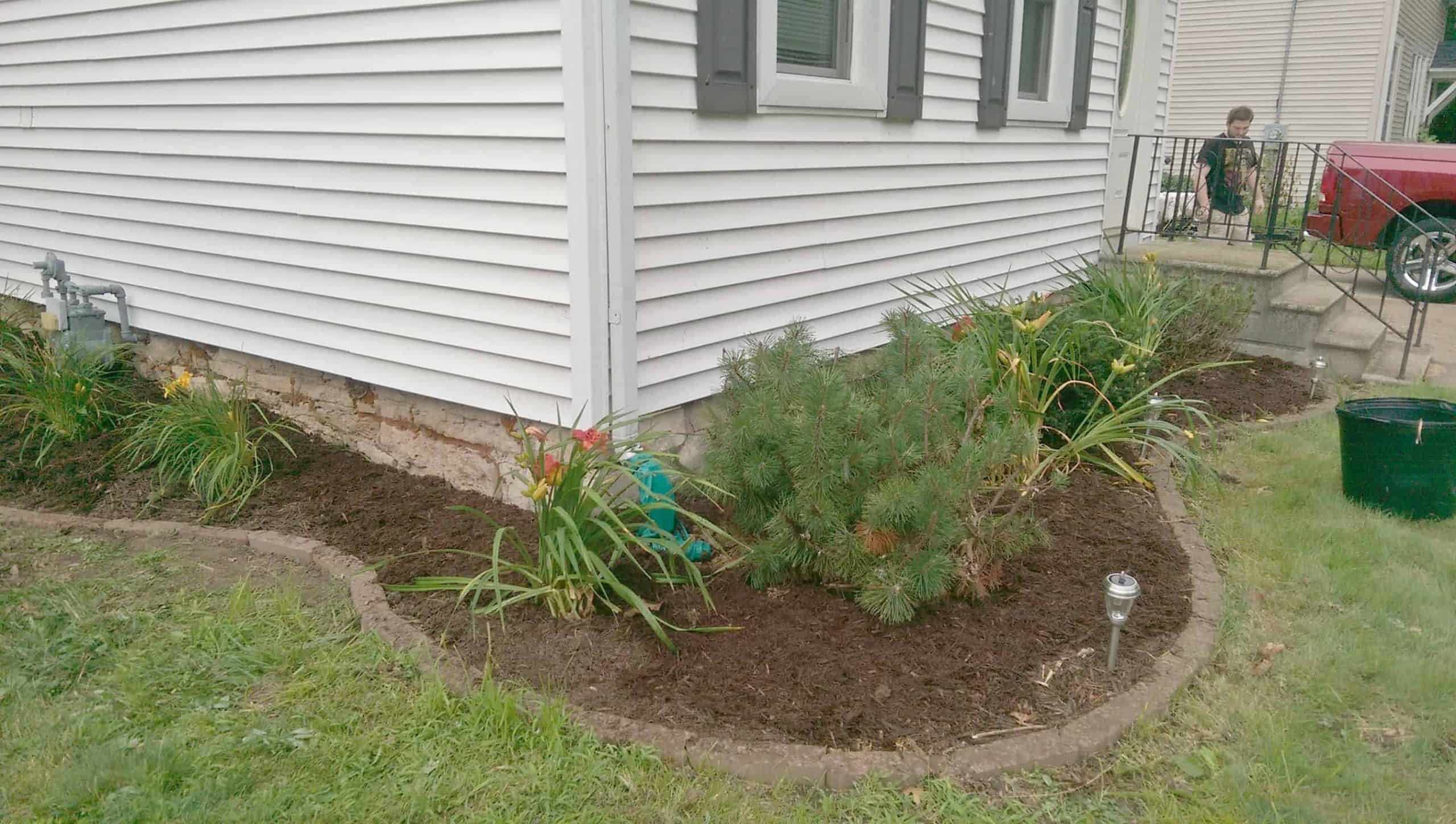 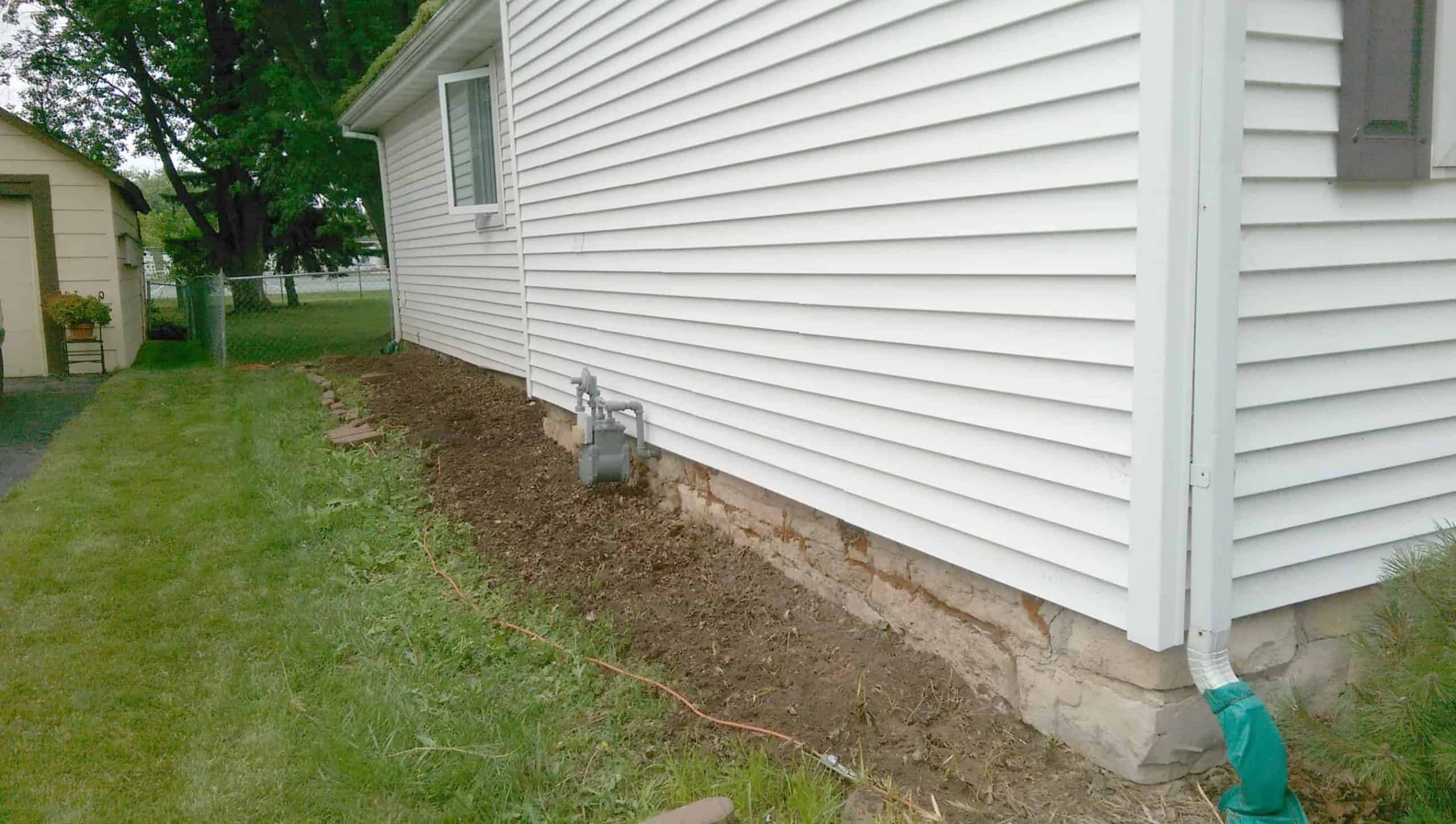 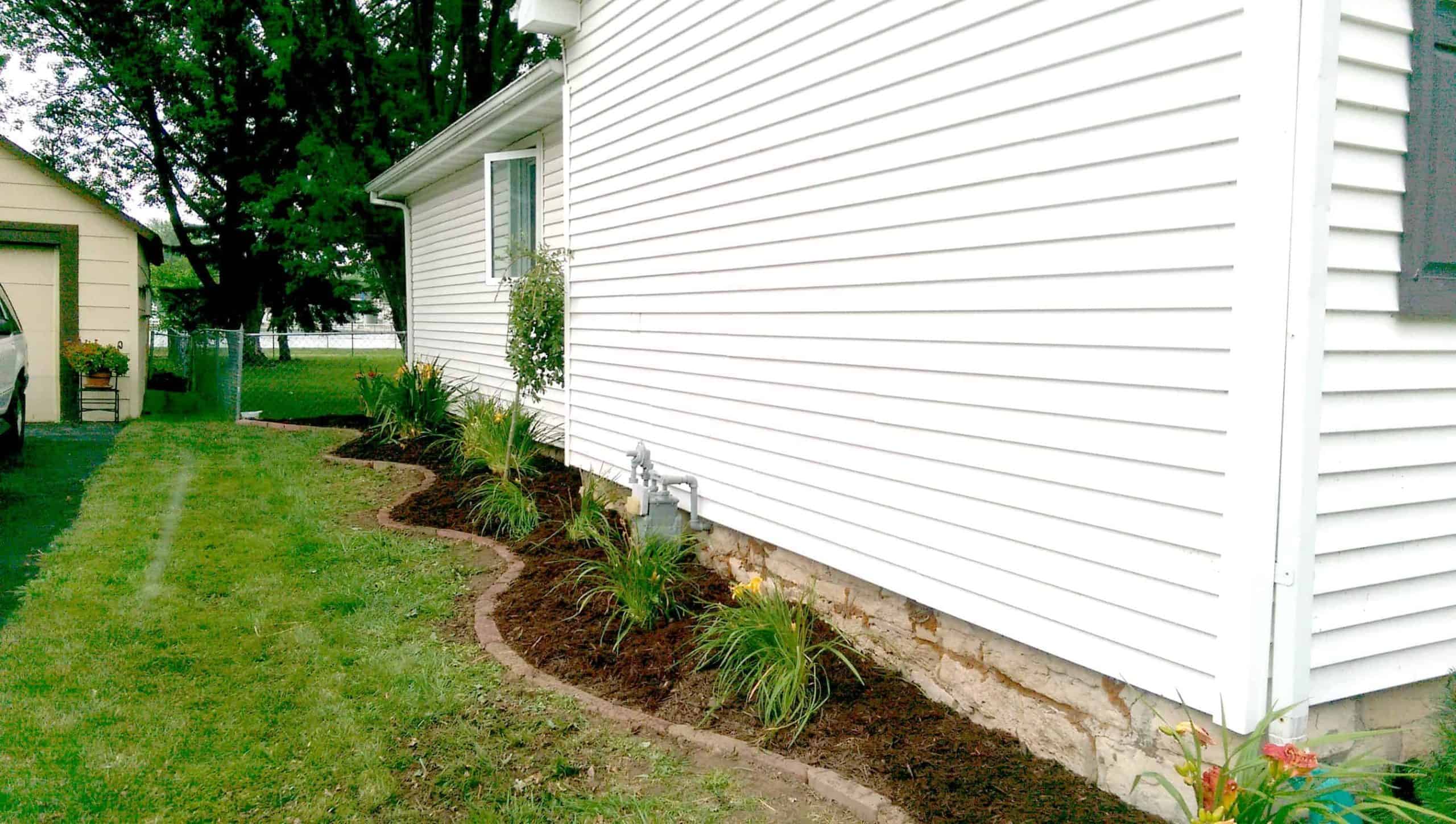 Here’s how the costs added up.

Granted I had flowers I could split, but many people do.  All you have to do is ask.  As an aside, if I wouldn’t have had the day lilies, Alex’s neighbor has a huge perennial garden that they’ve let it grow to weed.  I would have asked them if they minded if I took a few of them out.  By this time of the year here in Wisconsin, we’re into the second half of summer.   People who have perennials are usually willing to split them because they’ve grown so large. Just ask, you never know.  Also, in northern climates, landscape stores are trying to unload their inventory and after the fourth of July, most things are on sale and usually at half price, so shop late = save money.  Of course, the downside to that is you often can’t get everything you might like and you have to be willing to compromise.

What landscape projects have you completed?  Show me pictures, I’d love to see.