Okay, it’s finally finished.  The revisions and cover have been married to create Moving to Hope and its now live!  I am so excited to share this news, this brings the whole series back up and running after losing my publisher in May.  I’ve been working furiously on Moving to You, and it will be coming your way in early September.  In the meantime, I hope you enjoy Ryder and Molly’s story as rewritten! 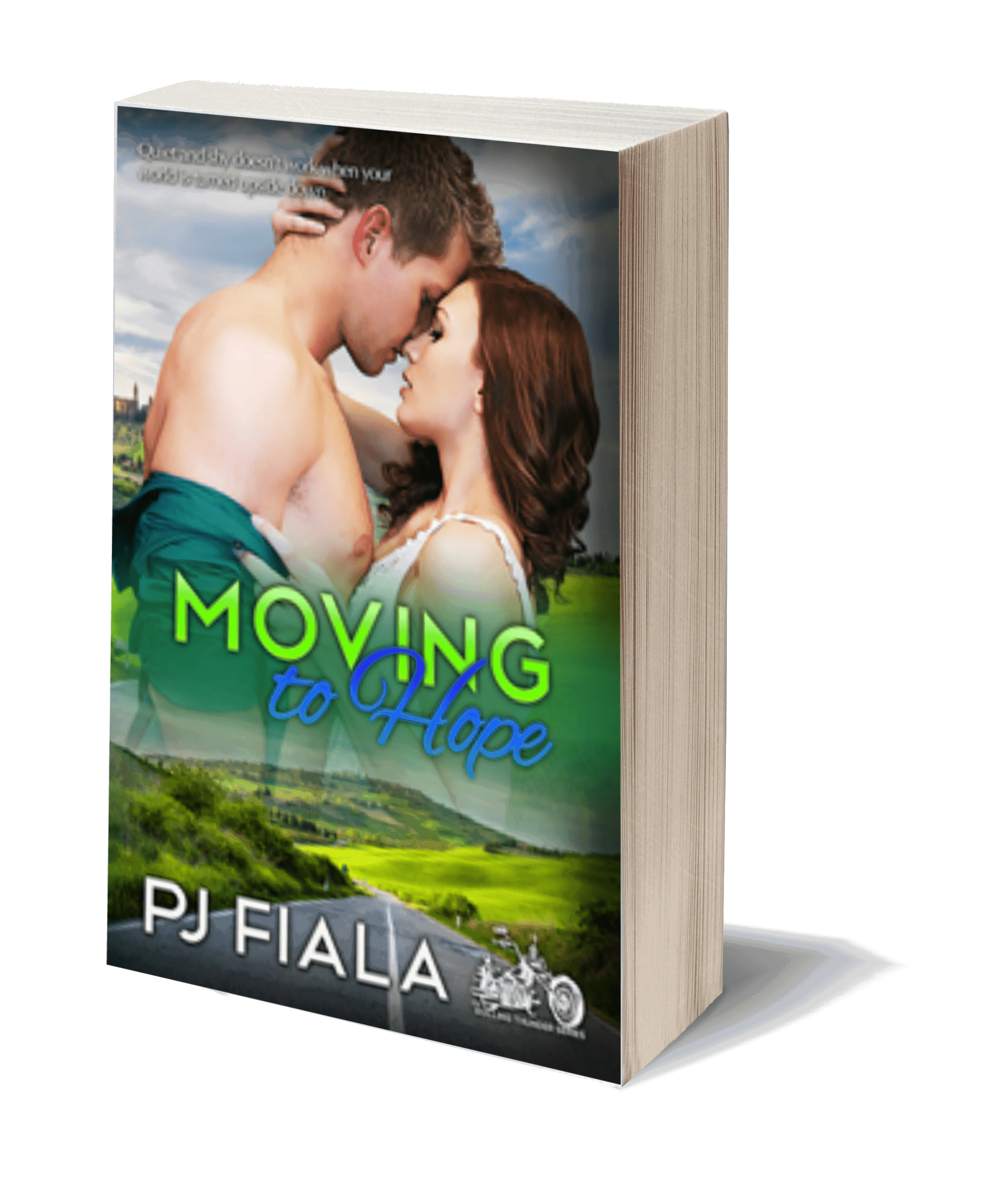 “Quiet and shy doesn’t work when your world is turned upside down.”

Working at Rolling Thunder Motorcycles has been enough for Ryder, until now. He’s always been the shy, quiet one. He watched his father find love and didn’t think it was possible for him. Until he met Molly. Something stirred inside of him, but would he take the leap out of his shell to ask her out?

Molly has always been head strong and devoted to her work. Building up her photography business has always been top priority. Vowing to avoid making the same mistakes as her mother, she put love on the back burner. That is until she’s hired to shoot a wedding and the groom’s son catches her off guard.

Is Molly ready to take that leap and realize not all men are the same? Will Ryder and Molly be able to move past their own insecurities and calm the storm that rages inside them?