I’ve mentioned this set before, and no doubt I will again, as it’s a great box set of novellas just in time for Christmas.  Want a quick read for your lunch hour?  How about while waiting for your doctor to see you?  Waiting in line?  We’ve got you covers 10 times in this set.

Stories of Sun, Sand & Sea – Mistletoe & Palm Trees. “Makes for ten holiday celebrations like none other. Sunny skies. Check. Palm Trees. Check. Beaches. Maybe. Family. Sometimes. Love and Romance. Double Check. Scrumptious food and a few cocktails. Triple Check. Murder. At least one.  Ten novellas written with heart felt holiday spirit that will make you laugh, bring tears to your eyes, warmth to your soul, intrigue to your psyche, with just enough romance to make you wish for more. Celebrate with us!”  The ten authors of Indie Publishing Coalition. 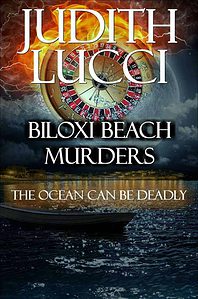 The Gulf Coast Can be Deadly

Kat, who finishes her graduate degree in Art History in December, travels from Washington, DC where she is interning at the Smithsonian Museum to Biloxi for some Thanksgiving holiday fun with her friends. Everyone is there including – her former main squeeze Liam. A great time turns sour when one of her old friends from the University of New Orleans is found beaten and bruised, floating in a fishing boat in the Gulf of Mexico. 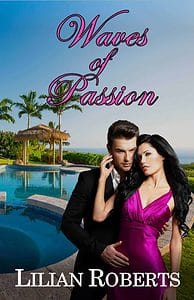 Lindsey is a stunning young woman full of life, smart, efficient and ambitious, she surrounds herself with quality friends and has gained the respect of coworkers, superiors, and friends.

Her heartbreaking separation from a five-year relationship left a void that someday would need to be filled. But at this point, romance seemed like unsafe territory.

And just about the time she thought she had achieved an impenetrable, relationship-proof fortress, Paul, a virtual friend on Facebook, sweeps he thoughts away and sets her nights on fire. If he is anything like what she had built in her mind, he would be a force to be reckoned. Lindsey is just about to find out. 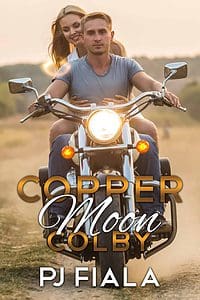 Aubree Norman has run Norman House Inn since she was twenty years old. Boyfriends have come and gone, not understanding her need to keep her grandparents home viable and running. Settling in to grow old in the beautiful Victorian and make her bed & breakfast the place to be, she killing it.

When fire jumper, Colby Landon comes to town he brings excitement with him. First, the hotel burns down other fires soon follow. As the flame burns hot between Aubree and Colby, will their love have a chance to grow or will the arsonist’s torch turn their newfound flame into smoldering embers? 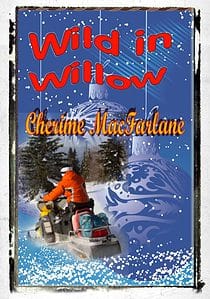 The Larkin family plans to celebrate Christmas a little early due to a commitment made by the oldest son. But things are brewing in the background that may make it Wild in Willow. Irene Maddox is accompanying her friend Libby to the celebration. Can the family survive the blow up? Only time will tell. 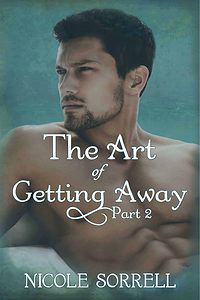 Nicole Sorrell:  The Art of Getting Away

Carlos is head over heels for his sassy girl Andie, and he wants their first Christmas together to be extra special. A romantic escape to the lake cabin where they met will be perfect. But Andie’s ex-boyfriend interrupts his plans, begging her to give him a second chance. Carlos suspects the former gang member isn’t telling Andie the truth, and decides he’s going to do whatever it takes to keep her. And if that means fighting dirty… 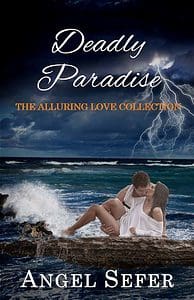 When Angelos Dimitriou a devastatingly handsome prominent attorney from Athens finds Natasha Ioannou unconscious on the steep rocks of a remote beach on Naxos, he is caught in a web of conspiracy, extortion, and greed. But the feisty and brave young woman with the emerald eyes captivates his soul, and Angelos throws caution to the wind in order to protect her. Caught in the eye of the storm, Natasha finds it hard to trust anyone. Will she ever open up to Angelos? And will he be able to save the blonde beauty from the threat hovering over her? 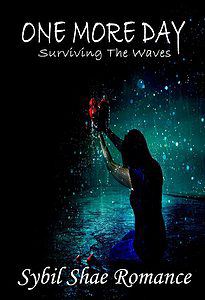 After the hurricane Chloe’s life was in shambles, much like the buildings and the land around her, everything was destroyed. Her home, her family and her love all torn apart by a single wave. There was nothing left for her at Luna Beach. She moved away and spent years struggling to put her life back together. Just when she is starting to feel a small sense of normalcy, a Christmas Card arrives in the mail. What it says sets her emotions and her sanity into a whirlwind. 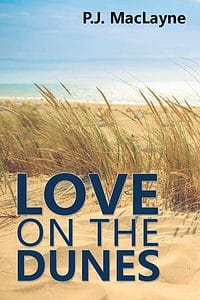 P.J. MacLayne:  Love on the Dunes

Sunny skies, sandy beaches, palm trees and swimsuits. It wasn’t like any Christmas Carena Galloway had ever known. She missed her family and worried about her relationship with her boyfriend, Aiden Wade. A picnic on the beach with friends was just the thing to distract her from her problems. Meeting a celebrity was a bonus.

But she never counted on attracting a stalker. 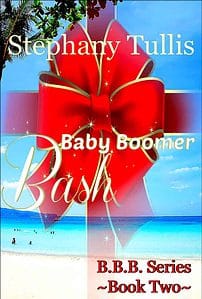 Baby Boomers ONLY! No family allowed.

High school friends Sherry Mattison and Maddy Meriweather refuse to allow their adult children to ruin their love of Christmas and the family based traditions that are so near and dear to their hearts. Unlike Ebenezer Scrooge and the Grinch, they don’t decide to cancel this year’s Christmas, nor do they harden their hearts. Instead of presenting their annual plea for an extended family Christmas like those of the good old days, the baby boomers greet their families on Thanksgiving Day with a new attitude and a feisty festive spirit that includes a non-traditional Thanksgiving dinner: pot luck!
Their daughters  are shocked but pleased when Christmas plans are  not discussed as the family watches the annual Thanksgiving Day parade. The guys were relieved that dessert was the focus of football half time and not  drawing names for the annual family Christmas gift exchange.
Sherry Mattison and Maddy Meriweather kick off their plans for their first annual Baby Boomer Christmas celebration with a Black Friday shopping spree. And then the thirty-day count-down begins!
Will the boomers’ plans implode when their families discover their plans for a holiday beach vacation in the Caribbean? 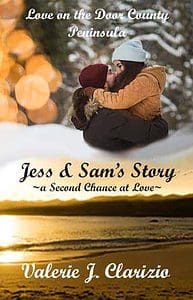 After twenty years, Jess returns home to care for her ailing mother. Close proximity to the man she once loved who’d dumped her on the very day she expected a marriage proposal reawakens her broken heart and strengthens her vow to never put faith in a man.

By his own choice, Sam’s the most elusive bachelor in town, his walls of defense firmly in place. But when the feisty little brunette he dated in high school and college moves back, Sam needs to step up his game, stiffening those walls to concrete. True love? A forever union? What kind of idiot believes in that?

No matter which way Sam and Jess turn in their little home town, they run into each other. And stumbling under the mistletoe isn’t what either one needs.

Grab your copy and start your Christmas journey today!