TEMPTING LEVI is the first in the brand new Cade Brothers Series, and this book is scorching hot with a forbidden love between Levi Cade and his ex’s little sister. Special pre-order price of $.99. 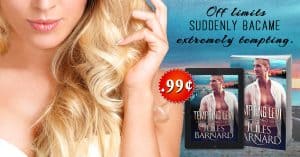 Cade men are known for two things: arrogance and competitiveness. I grew up in one of the wealthiest, most dysfunctional families in Lake Tahoe, and all I wanted was to get the hell out. I thought I’d succeeded. Until an accident burned up my firefighter ambitions. Then Dad died and left me in charge of the family’s luxury resort. 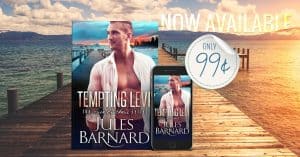 If it were only my inheritance on the line, I’d walk and never look back, but I’ve always taken care of my four younger brothers.

Now I’ve got financially uptight advisors telling me what to do, and I need someone I can trust working at my side. The perfect candidate walks through the door in her pencil skirt, fitted white blouse, and that mass of wavy blond hair she tries to contain.

The only problem? She’s my cheating ex’s younger sister.

Hell no. The last thing I need is another Wright female in my life.

But Emily’s good at the job, and she seems trustworthy. I should ignore the desire I have for her. But after all I’ve lost, I’m tempted by what I can’t have and ready to stoke the flame that smolders between us. As long as this Wright sister doesn’t betray me the way the last one did.

Then again, I always liked playing with fire.

*Each book in the Cade Brothers series is a standalone story that can be read in any order.*