I wanted to take a moment to thank you for voting for Securing Kiera’s Love in the RONE awards.  I know your time is valuable and I honestly try not to ask for too many favors from you. 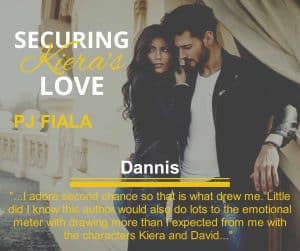 The RONE awards are special awards for me, because to even be in the running, you have to have achieved the honor of having your book reviewed by InD’Tale Magazine, then it has to rank a 4 stars or better.

The second round of voting is the one we just went through, which is reader votes.  If a book receives enough votes, then it can move to the third and final stage of voting which is an industry professional (editors, publishers, agents, etc.) reviewing.  So these awards aren’t just a popularity contest, but the reviewing portions are extremely valuable. And, I’ll admit, a bit validating as a writer.

I believe I write great stories – I sure try to. But to have people I don’t know tell me they’ve enjoyed them, well that’s just icing on the cake.

When the announcements are made as to which books move into the next stage of judging, I’ll let you know how we did! Thank you again.