I’m excited to introduce you to Kirsten Lynn.  Kirsten is one of the authors who will be with me in Deadwood, South Dakota in June at the Wild Deadwood Reads event. I hope you’ll be able to join us for this exciting event.  In the meantime, please meet Kirsten.

Hello, I’m so excited to be here. Thank you, Patti, for hosting me today!

I’ve just released the first two books in my newest series, 4 MARINES FOR HISTORY. This series is extremely special for me. I have worked with the Marine Corps History Division for over ten years, and this series is like coming home to what I want to focus on in my writing.  4 MARINES FOR HISTORY follows four Marine Raiders who return home to Montana and start a historic preservation/restoration business.  While getting their business started, they join a hotshot crew fighting fires in the summer. What they don’t expect is to find the women who can turn their orderly lives upside down.

CHERRY PICKED and CHERRY HOT were both released just last week and are only $1.99 for a limited time.

At the end of each story, I’ve included a recipe featured in the story.  With the holidays on the horizon, I thought I’d share the sweet cherry pie recipe featured in CHERRY PICKED.  A local Montana cherry orchard owner allowed me to use this, and I made it for Thanksgiving. Very yummy!

Everybody thinks you need pie cherries to make a pie, but they are missing out on really good pie by sticking with pie cherries. Royal Ann cherries make fabulous pie and sweet cherries are also fantastic! You just need to reduce the sugar.

You can increase or decrease the sugar to your liking. You can go as much as 1 1/3 cups of sugar or decrease if you would like. Just try the mixture and add as you wish. You can also substitute a sweetener like Truvia (TM), Stevia, or Splenda (TM). I would go about half because they are much sweeter than sugar. So, start with half and add gradually until you get a flavor you like. 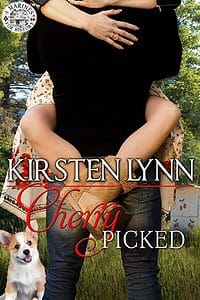 Sophie Day never complains, is never unhappy, and always has a smile… At least that’s what the people of Bigfork, Montana see. When she gave up her dreams to take over her grandparents’ cherry orchard, she was determined to make the best life she could and do it on her own, and she has. But when her friend hires 4 MARINES FOR HISTORY to restore a historic inn, Sophie sees the one person she’d love to lean on, Travis McCabe.

Gunnery Sergeant Travis McCabe and his fellow Marine Raiders have returned to Montana after years serving their country. They’re ready for a new life in historic preservation and restoration and continuing to serve as hotshot firefighters. Their first job restoring an old inn brings him near the Happy Day Orchard and even closer to the owner, Sophie Day. Sophie’s, I can do it all on my own attitude clashes with Travis’ white knight personality. What he doesn’t want to admit is he might need rescued, too.

When threats to Sophie and her orchard heat up, Sophie and Travis will both have to let down their guards and ask for help, or risk losing each other. 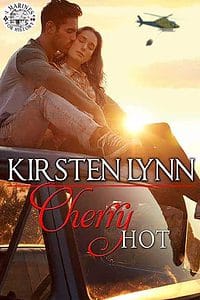 CHERRY HOT
A horrific tragedy has kept Missoula Smokejumper, Jessie Brynn withdrawing from the world at the inn she inherited from her grandparents. The terror also has her retreating from Dirk Tanner the one man who could bring more than the old inn back to life, but could bring reach through the embers and touch her charred heart. The problem… he’d make her face her demons first, and Jessie’s not ready for that war. When it comes to the choice of facing her past, or losing Dirk, she might just find the inner fire she believed gone forever.

Marine Raider Dirk Tanner has faced numerous tours in war zones around the world, he never dreamed he’d face his toughest battle after returning home to Montana. But he’ll give everything he has to pull Jessie Brynn from the ashes of the past and into a future with him. He and his fellow Raiders built their company 4 MARINES FOR HISTORY to preserve and restore buildings, but Dirk’s heart has a greater mission… help Jessie rebuild her life.
As the fire season rages around them, Dirk and Jessie fight for the chance to build a life together, but will their common enemy, fire, tear them apart forever.

Okay, Kirsten is giving away one eBook of Cherry Picked and Cherry Hot to one lucky winner.  All you have to do is answer this question:

What is something that has to be on the table for your holiday celebration to be complete?
giveaway id=2635

13 thoughts on “4 Marines for History and Cherry Pie”