I’ve rewritten Designing Samantha’s Love and I’m happy I took the time.  It’s now with my editor, and will hopefully be available for release in January.  This book is the first in the Second Chances Series, which is a series of mature people coming together after life has beat them up a bit.  I’ll keep you posted on the release date, but in the meantime, I thought I’d share the first chapter – unedited. 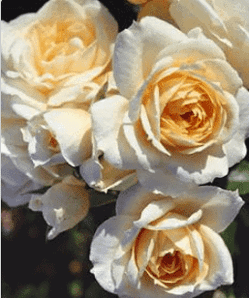 “Mrs. Powell, this is Officer Garrison. I’m calling to inform you that your husband has been in a car accident is is being transported to St. Mary’s Hospital. Do you have someone who can drive you to meet him?”

“How is he? May I speak with him? Was anyone else hurt?” Samantha rubbed her forehead, she’d always feared this call would come.

“I’m sorry ma’am, he’s in the ambulance now and being transported.”

“Can you tell me…anything Officer?”

“I’m sorry Mrs. Powell, we are still processing the accident and I am unable to comment further at this time. I’m sorry for being vague. Do you have a way to the hospital ma’am? I don’t want you driving if you’re upset.”

Sam glanced around her home, freshly cleaned this afternoon and unusually sparse of photographs and pictures since her husband, Tim, hated anything on the walls. It was only one of many arguments they’d had over the years.

“I’m home alone, but I’ll be fine. I’ll be careful.” She pulled her phone from her ear to hang it up, then remembered the officer. “Ah, thank you Officer Garrison. I appreciate the call.”

Tapping the end call icon, Sam turned toward her desk, snatching her purse from her desk, she pulled it open to grab her car keys from the side pouch as she made her way to the garage. The plethora of thoughts that ran through her mind were dizzying. Had Tim purposely hit someone to end it this time? He’d been so depressed again lately, refusing his medication and not seeing his psychologist again. This would be one more thing to send him deeper into his despair.

She carefully navigated the steep hill which served as her driveway, another argument they’d had over the years. Tim claimed she wasn’t careful when she pulled onto their road. Her jaw clamped tightly together as her stomach began a slow roll.

Swallowing, she replied. “Josh, the police just called. Dad’s been in an accident and I’m on my way to the hospital. I’ll call you when I know more, but can you call your brothers and let them know?”

“Shit. How bad this time?” The resolve in his voice clenched her stomach further.

Tears instantly sprung to her eyes. Her children had been down this road with her before and she hated it. Even now, Josh didn’t panic as much as he dreaded the fall out of this latest accident in a list of damaging behaviors Tim had exhibited over the years.

“I don’t…” She cleared her throat. “I’m not sure. Officer Garrison said he’d already been placed in the ambulance and that I should meet him at the hospital. St. Mary’s. So, I’m on my way there.”

She fought the panic that threatened to rise in her throat as she listened to Josh exhale loudly. “I’ll meet you there.”

“Josh, don’t worry until I call you back. The kids are probably just getting ready to go to bed, you should tuck them in and spend time with Tammy.”

“It’s okay mom. The kids are at a sleep over tonight at Tammy’s sister’s house. I’ll be right there.”

She listened as the call disconnected. Taking a deep breath and letting it out slowly, she navigated her car from her heavily wooded tree lined road and onto the main road that would lead her quickly to the hospital. At eight o’clock-ish in the evening on a Monday, traffic would be light and her trip would last a total of ten minutes.

Entering the emergency entrance of the hospital, her eyes darted around to locate a nurse or employee who could tell her where Tim was. She navigated to the nurse’s station, and addressed the tired looking nurse sitting in front of a computer. Her name badge boldly announced her name as Shari, the dark circles under her eyes said she’d put in a long day already.

“Hi. My name is Samantha Powell and my husband Tim was just in a car accident and brought in or on his way in. Can you help me find him?”

Shari’s light blue eyes held Sam’s as her mouth turned down. “Let me see what I can find out for you.” She stood and briefly glanced around. “Follow me please.”

Shari walked from behind the desk, her crock’s softly squeaking on the highly polished floors. Sam silently followed as she fought the panic rising inside. She was led to a darkened room, which Shari illuminated by tapping a switch on the wall just inside the door. “Please take a seat in here Mrs. Powell, I’ll see if your husband has been brought in yet and come back right away.”

Sam stepped into the softly lit room, furnished only with a deep blue sofa and two red upholstered chairs with a table in between. Sighing heavily as Shari refused to meet her gaze further Sam’s fingers shook. The clock on the wall, one of the three wall decorations in this room, ticked off the seconds as her mind whirled.

Exactly five minutes and thirteen seconds later, Josh and Tammy entered the little room. His handsome face marred with worry, Sam fought the tears that threatened once again. He was her spitting image in male form, green eyes and sandy blond hair. Though he was a foot taller, there was no denying his parentage. She jumped up and shivered when his strong arms squeezed her tight. “It’ll be okay Mom. Any word?”

4 thoughts on “A sneak peek at Designing Samantha’s Love”