I struggled with this title, I suppose it shows, but basically I was so excited for this post because we had fun doing this and we laughed and chatted about it all the way home from Michigan City, Indiana.

See, it all started about three weeks ago, my husband, Gene, found a V-Rod for sale on an on-line auction site, CrankyApe.  We’ve been looking for another bike for me and while I’d thought my preference was another Fatboy, this bike came along and I liked the way it looked.  Gene liked that it only had just over 7,000 miles and it’s a 100th Anniversary Harley Davidson, so there’s that.

Anyway, the auction ended and we’d forgotten about it on that day because we were busy with other things.  Gene was mad at himself for not paying closer attention and he checked and the bike had sold.  My saying in times like this is: “It wasn’t the bike for us.”

But, I guess I was wrong, because a week later, the bike was back on the site, the sale had fallen through and we had another opportunity to bid on it.  Gene watched the site closely, and the day the auction ended, he was glued to his computer.  He bid against another person and towards the end, as many of these auctions go, there was a furious back and forth with Gene bidding in the last ten seconds.  He refreshed and refreshed and then he got the email that he’d won.  Squee!!!!  I had another motorcycle. 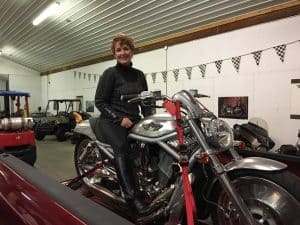 Michigan City, IN is only about 250 miles from our home and we decided to take a road trip.  The money was wired and we waited for word that the wire went through.  Since the transfer didn’t happen over the Thanksgiving weekend, we had to squeeze the ten hour round trip in and among…life’s things.  Hair appointments, work, a bridal shower, Christmas shopping, babysitting, and a myriad of other things.  No time to get a hotel room, so it was there and back. 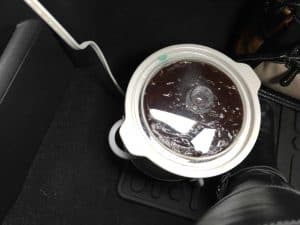 To save some time, we giggled about throwing something in the crock pot and cooking it in the truck since Gene’s Dodge Ram has a built-in power inverter.  So, we did.  We mixed up a meatloaf (recipe below). We packed it in the crockpot, put it in the truck and headed off to drive five hours and pick up our new to us V-Rod.

Summer’s going to be fun.  On the way home, we stopped at a gas station and ate our meatloaf. (I know, it’s not gourmet food, but it’s tasty and we don’t do this every day.) 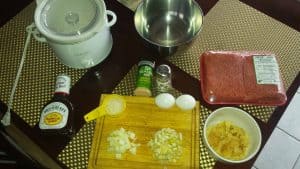 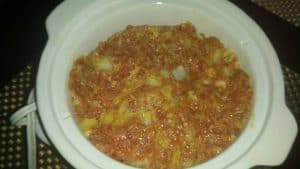 Mix together in a bowl, place in crock pot and top with barbecue sauce – we love Sweet Baby Rays. 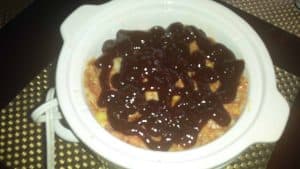 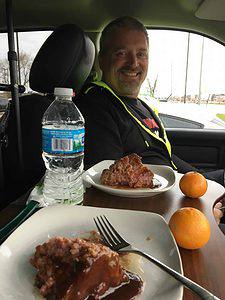 Let me know if you try this and what you think.  What fun road trips have you had?