Every so often we meet someone who stays with us – that’s Liz.  I met Liz at Wild Deadwood Reads this June and I instantly loved her and wanted to work with her more.  I asked her if she’d be interested in appearing on Romance on Wheels and she said, “Yes.!” As we chatted we realized we’d both written in Erin Nicholas’ Kindle World, Sapphire Falls.  Funny how we’ve sort of crossed paths before, but hadn’t met. 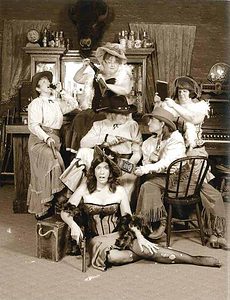 And, just for fun, I’ve included this picture a few of us in Deadwood had taken.  We had several shots, but this was the funny one and, actually, my favorite.  Can you pick us out?

Thanks for being here Liz.

So please allow me to introduce you to Liz.

Award-winning author Lizbeth Selvig writes heartwarming, sexy-sweet small town and contemporary western romance. Her strong, fun and funny characters don’t mind poking at societal norms even while they’re finding their ways home to family and love. Lizbeth turned to fiction writing after working as a newspaper journalist and magazine editor, and raising an equine veterinarian daughter (handy, since there are usually too many horses in her stories) and a talented musician son (also handy because she’s been known to write about rock stars).  Lizbeth shares life in Minnesota, where her first book series is set, with her best friend (aka her husband, Jan), an under-ridden gray Arabian gelding named Jedi, two human grandchildren, and her four-legged grandkids of which there are over twenty, including a wallaby, three alpacas, a large goat, a mammoth-eared donkey, a miniature horse, a pig, and many dogs, cats and regular-sized horses (pics of all appear on her website www.lizbethselvig.com). In her spare time she loves to hike, quilt, read, and horseback ride. She also loves connecting with readers—so contact her any time!

So, here’s a chance to read Liz’s short story, Clockwork Whalers, for free.

Whaling Captain John Adkins has mixed emotions about the new steam technology that allows him to communicate face-to-face with other ships as well as people on shore. While it’s convenient to see those he speaks with–he now can’t get away from the whims of his fiancee while pursuing his career. Then one day a mistaken call leaves him staring at a sight unheard-of in his puritan 1800’s world:  a beautiful woman naked from the waist up.

Felicity Howard is tough, self-confident and used to adversity. When she realizes John is not her own affianced, she proceeds to berate him for being a murderer of whales–gentle creatures she has spent her life studying. Although from competing worlds, John and Felicity embark on a journey of discovery–about whales and about love.

(Note to readers old and new: This steampunk short novella is unique — since I normally write contemporary small town & western novels, this is your chance to read something totally different from me. I wrote Felicity’s part, and I think you’ll LOVE her! You can find my contemporary romances on my website:  www.lizbethselvig.com) 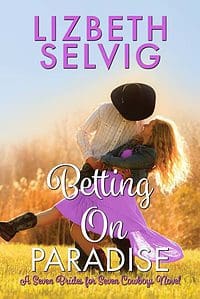 From birth Grace Crockett has been part of an unbroken set: one-in a million identical triplets. Twenty-six years later, however, feeling unappreciated in her role as part owner of a successful Denver restaurant, Grace longs to break away and fulfill her own dreams. But to do so she must learn to trust in her own judgment.

Small-time poker player Ty Garraway is determined to break his family’s legacy of abuse and abandonment and give his young daughter a hope for the future he’s never had. But that means taking on the Crocketts—one of the most powerful ranching families in Wyoming—and taking back a part of Paradise Ranch stolen from his family eighty years ago in a poker game he believes was rigged.

Grace’s relentless honesty and devotion to family—not to mention the way she turns him on—has Ty thinking too much with his heart. Ty’s passionate love for his daughter and his encouragement of Grace’s half-baked ideas—not to mention his knee-weakening kisses—has Grace wondering if she’s found her unlikely match in a rough-around-the-edges cowboy. But when Ty’s plans are exposed, can Grace forgive the liar who manipulated her and her family and forgive herself for being duped?

Love has raised the stakes, requiring Ty to bet everything he has to win Grace and his future, but will it be enough? 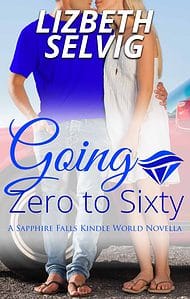 Elle Mitchell has a talent for anything mechanical and all things cars. When she applies for a low-level mechanics job in Sapphire Falls, it’s mostly to get away from her big brother’s watchful eye and prove she can handle life on her own. What she can’t handle is her hot new boss Harley Holt or his penchant for speed.

Join me in this sizzly and fun new crossover novella set in the world of best-selling author Erin Nicholas’ Sapphire Falls and featuring Elle from “Good Guys Wear Black”—the fourth book in my award-winning series “Love From Kennison Falls.” 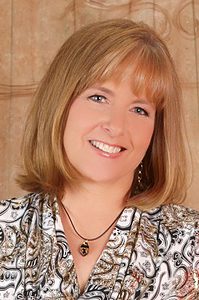 Find out more about Liz here: