Be in the know about new releases and reader exclusives!
Sign Up!
Skip to content
Do you have a favorite painting?
Swedish Pancakes and Meatballs

Continuing our “survival” story from Part 1 – 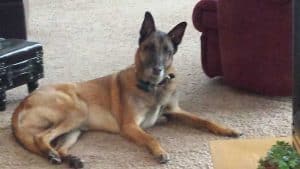 Our big weekend away to the “premiere” Sheridan, Il property came and we excitedly planned our weekend get-away.  Our son, Alex, would watch Aries, (our dog and head of security of the Fiala household) and Gene delivered Aries to Alex’s house while I finished packing.

We decided to keep it casual and not pack anything too dressy, but still I needed a couple extra pairs of shoes 😀, my hair products, make-up and for good measure our swimming suits.  We both enjoy sitting in a hot tub and relaxing.

Directions programmed into our phones, reservations in hand, cooler packed, and our hanging clothes in the car, off we went.  We decided to stop at the first Oasis, just south of Gurney, and purchase an iPass for the car. We’ve talked about it in the past and since we had no schedule to keep, the time was now.  I set up an account at the iPass site earlier in the day and all we had to do was purchase the transponder and activate it and we could breeze down the hi-way without stopping at the toll stations.

We were extremely excited to get out of the car 3 hours later at the Oasis and even more excited that the temperature had changed from the 40 degree weather we had at home to 81 degrees at the Oasis.  The weekend was looking up.

We waited in line at the Oasis for more than an hour.  There were three agents at the counter, each of them looking extremely unhappy to be there and not at all working “piece work”.  There were a few unhappy people in line ahead of us, and one man in particular was fun to watch because one of the agents ignored everyone and did paperwork. He needled her, interrupting her repeatedly, asking her why she couldn’t put her paperwork away until customers had been taken care of.  She mostly ignored him, but her heavy sighs of irritation were humorous to those of us she was ignoring.

An hour later I got to the window, gave the agent my user information, and he slowly told me I didn’t have an account.  We chatted about it for a minute, he refused to try and find me in the system again and then opened a different account, registered the transponder, took my payment and ignored me.  I now had a transponder, but no way to access the new account he set up for me, which I have repeatedly tried to access with no success.  I now have to call them, which makes me cringe, because I can only imagine it will be another hour to get some un-interested person on the other end who could care less that I have two accounts that need to be merged.

Back to the road.  The traffic as we neared Chicago became so heavy it brought us to several stops on Highway 294 and both of us still a bit irritated after our Oasis experience decided to find a different route.  The GPS on my phone showed me two different directions to take around Chicago and we took the first exit we came to.  Finally, we were all the way up to 70ish miles per hour.  The scenery was beautiful, the company great and our spirits began to improve as the Oasis experience was left behind.

We drove and drove and drove.  Until Gene felt as though we weren’t on the right road.  My GPS told us we were heading in the right direction, but, Gene is really good with directions and he had this niggly feeling, all was not right.  I pulled up the hotel directions on his GPS and yep – we had gone several miles west of where we needed to be.  He made a U-Turn (if a cop is reading this, please ignore this part 😇)

Just an hour and a half later we arrived in Sheridan, Il.  We found the resort, which, by the way, is out in the boondocks.  We checked in, found our building (the resort is quite large) and began pulling our supplies out of the car when Gene said, “Where’s the suitcase?”

Do you have a favorite painting?
Swedish Pancakes and Meatballs