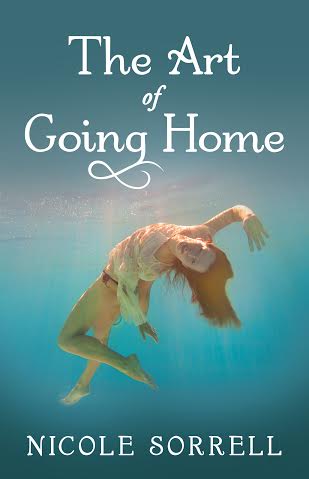 
Q. Nicole, tell us a little about yourself.

A. I currently live in a rural area of the mid-west in the United States. After living in various parts of the U.S. and traveling abroad, I recently moved into the very same home where I spent my first 18 years. I enjoy country living: ours is a small community and everyone knows everybody. I also appreciate the culture of the city: the shopping, dining, and the opera and ballet.

I love travelling, especially to other countries, and I speak Spanish. I earned a Bachelor of Arts in Hispanic Literature, and a Bachelor of Science in Fashion Merchandising. Home decorating is one of my favorite things. Of course I love to read, and I’m a published poet. I like baking pies. Oh, and I like playing cornhole, and I spend way more time than I should playing computer games.

My constant companion is a tiny Yorkshire terrier named Georgie Doodlebug. I call her GiGi.

Q. Nicole, if you were a box of crayons, what color would you be, and why?

A. I’d have to say a blue-green, like the color of the ocean. That’s because you get green by mixing yellow, (a warm color) and blue (which is a cool color). Adding a little more blue gets teal. I’m introvert, which I associate with cool colors. But I do have my moments of gregariousness, which I think correlates to a warm color, like yellow sunshine. And I’m also drawn to water. It’s very peaceful and cleansing.

Q. Tell us a little about your series, The Art of Living.

A. The series is a duology. Book 1 is called The Art of Going Home, and book 2 is titled The Art of Retribution. The novels are equal parts contemporary romance and mystery. They’re about the personal journey of a young woman named Maddie Chandler. The story begins when she must return to her small home town due to the untimely death of her surrogate mother, “Aunt” Ceci. To deal with her overwhelming grief she finds herself relying on her high school crush, local attorney Zac Redondo. Though she scolds herself for depending on him so much, she can’t seem to find the strength to resist their mutual attraction.

During her visit, Maddie is haunted by childhood memories of her twin sister Angeline, who was killed five days after their tenth birthday. She is persuaded to investigate the unsolved murder only because she fears refusal will threaten her sanity. Her mother eventually succumbed to mental illness after Angeline’s death, and Maddie is terrified she will also slide into madness. Her inquiries into the case uncover years of deceptions that were maintained to safeguard her from the brutal truth. Not only are lives threatened by her pursuit of justice for her twin, it ultimately causes her world to shatter.

Sometimes funny, sometimes poignant, Maddie struggles to face her vulnerabilities and to accept the love of a man who holds the key to her future happiness. And while coping with the hostility of her estranged father, she discovers the true meaning of family from a boisterous clan that is not linked to her by blood and unwittingly strengthens the fragile bond with the one relative she was determined to say goodbye to forever.

Q. What was the inspiration for this book?

A. I can’t point to one particular thing that inspired it. Since I was fifteen I’ve wanted to write novels. But I never could dream up a plot line. Then one day, this idea struck. It’s completely fictitious, not based on any experience I’ve had in my life.

The more I thought about the storyline, the more I details I added. And the novel took shape. Why it took so many years to come up with an idea, I can’t say. I guess I’m just a late bloomer!

Q. Besides the hero and heroine, who’s your favorite character in The Art of Going Home, and why?

A. It would have to be the Madisen’s best friend, Tabitha. She plays an important role in The Art of Going Home because she has always been there to provide emotional support for Madisen. Tabs, as her friends call her, grew up in Alabama until the age of ten. She has a pronounced drawl, and often uses sayings common to the south.

Here’s a short excerpt from the book. Madisen is talking to Zac about the first time she met Tabs:

“It was the first day of fifth grade, and she’d recently moved to town. We were in the bathroom, washing up for lunch. Elaine had her cornered, trying to monopolize the new girl. You know how she liked to have minions to lead around by the nose? Elaine pointed at me and told Tabs, ‘Watch out for that one. She murdered her twin sister during summer vacation. Held her under the water until she drowned.'”

“Tabs inspected me carefully. She told Elaine she didn’t believe it. Said I was too scrawny to be able to hold anyone under water ‘til they drowned. I was astonished that anyone would stand up to Elaine like that. She turned her back on her, walked up to me, and said, ‘My name is Tabitha Lynn Strayer, but I’ll let you call me Tabs.’”

Telling her my name was the first word I spoke since…”I stopped and lowered my chin.”

“Since Angeline died?” Zac said softly. I nodded, not correcting his assumption that her death was the reason I’d stopped talking. In reality, it was because I’d been blamed for it. I quickly swallowed the traitorous tears that formed.

“She took my hand,” I said, staring at my lap. “And we left the bathroom together. I guess you could say that, in a way, she hasn’t let go of my hand ever since.”

Q. What is your favorite scene in your new release?

A. One of my favorites is the scene where Maddie has drunk too much wine when she’s having dinner at Tabitha’s house. Zac, the guy who wants to be her boyfriend is driving her to her hotel. When he drops her off he tells her she needs to get used to the idea that they’re going to be lovers. Because of all she’s had to drink she’s too slow to protest before he lays a big kiss on her. Than when he . . . well, if I say anymore, I’ll give too much away.

Q. What is your favorite motivational phrase?

I like it because it’s about getting an education, which is invaluable. Its importance is never underestimated. An education is not confined to the classroom. Be a student of the world. Don’t stop learning, and don’t limit yourself to the point of view you agree with. Weighing all sides of an issue is required for growth and wisdom.

Q. What are the top 3 things on your bucket list?

A. The first one is travel the world.

The second would be to travel more.

Third would be to travel to all the places I haven’t seen yet!

Q. How can readers find and your work?