What makes you think you can write a book?

I’d bet a few folks have heard that one. Fortunately, I didn’t. Not from my husband, not from my parents, not from my friends. Maybe this was because I’d written all my life, even though my plan was to become an opera singer.

It didn’t take long to realize I would never be happy singing opera. For one thing, I’m not happy in big cities, cold weather, lots of travel, and—worst of all–I suffered from stage fright. I could push through it, but no matter what I tried, I knew early on it would never get better. I could hide my fear, but what kind of life was that?

When I was young I read a lot of books and even wrote a book in longhand. So when I realized I’d never be a working opera singer, I thought: why not write a book? Why not get serious about it?

Since I love Stephen King and Peter Straub and was inspired deeply by the Ray Bradbury’s brilliant novel, Something Wicked This Way Comes (EVERYONE should read that one), I decided to write horror.

And I had the perfect setting. Bisbee, Arizona, a mining town in southern Arizona, bristles with mining shacks stacked cheek-to-jowl on hills, and the streets wind around the steep mountains like a Snakes & Ladders game.

And I had a story, too. About love lost, and mining magnates, wealth, and power. And a ghost of a woman murdered back in the late thirties.

My protagonist, Chelsea McCord, finds a dusty juteboard camera from the early twentieth century, and discovers that the old camera has unusual properties—it takes pictures of the past.

And–the camera smells like death.  What she sees through the camera’s eye becomes the premise of this story.

In 1986, on the road to the old copper mining town, my husband and I found “the murder house” where the young woman in Darkscope (then titled Dark Country) would die.

The Murder House was set back on the road, a falling-down, deserted ranch house. We took photos and notes, and then it was on to Bisbee.

The buildings on Bisbee’s Main Street were (and are) the same as they were back in the earliest part of the Twentieth Century. These days there are new bars and fancy restaurants and art galleries up and down that street, but they’re housed in the same old buildings.

Hence, Chelsea’s view into the past.
And she saw things. Bad things. Very bad things. 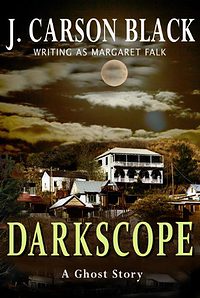 Fast-forward to this year. My husband and I headed back to Bisbee on another research trip. We hadn’t been there in years. We drove back home on that same road. As it turned out, the “Murder House” had become a Bureau of Land Management Visitors Center—it cleaned up nice! I mentioned my book to the woman who manned the counter, but she had no idea what I was talking about. (Sad.) But the other woman in the store knew it, had read it, and had read my other book set in Bisbee as well. In fact, she said, the bookstore there in town sells the old paperbacks for fifty bucks a pop!

Hearing that made my day. She told me how much she loved my Laura Cardinal thriller, DARKNESS ON THE EDGE OF TOWN, and recounted how a cop’s daughter, imprisoned by a dangerous man in a motor home, managed to lay a path for her rescuers by pulling out strands of her hair and leaving them everywhere she could.

To win an autographed copy of DARKSCOPE, tell me what you’re most afraid of? 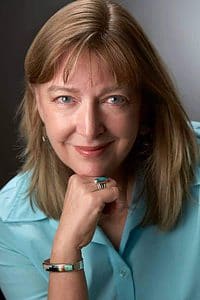