I’ve known Stacey Joy Netzel for about 2 years now, maybe a bit longer.  We get together monthly to chat about all things books and she’s been a good friend.  I learn a lot from her as well, I hope she learns from me too!  So, when she agreed to join us here, I was super excited and I hope you will be too.  Please meet Stacey Joy Netzel and Santa Butch. 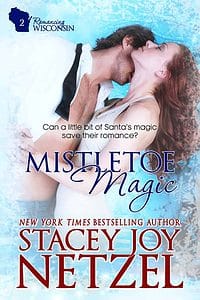 A matchmaker not just at Christmas…

Hi—Stacey Joy Netzel here, author of the Romancing Wisconsin Series featuring mischievous matchmaker, Santa Butch.  The character of Butch was inspired by my dad, who used to play Santa for a couple families around the lake where I grew up. [tweet_box design=”box_04″ float=”left” width=”40%”]My dad wasn’t a matchmaker, but I loved writing Santa Butch so much in the first book of the series, I decided he would play matchmaker all year long in each of the 12 books planned for the series.[/tweet_box] It’s fun coming up with new ways for him to bring two people together and giving him a bit of mystery and magic to make people wonder, could he really be Santa? Hiding out in Wisconsin on the off season?

Christmas is a magical time, where good cheer and goodwill shines bright to make the world a better place. Besides the decorations and yummy cookies, I love the feeling of hope around this time of year. My family gets together every Christmas Eve, and my favorite part is after the big meal, when things are cleaned up, and we sit around the living room talking and laughing. I know how lucky I am for my family, and am grateful for the time with them (even though I have the work of hosting everyone this year *grin*). Bonus for all of us, my son in the military will be home for two weeks! Yes, I’m excited, despite him threatening two weeks of messing with me. 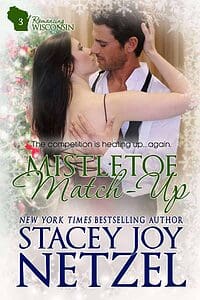 I’m counting that as my Christmas present, and in the spirit of giving, I’ve got 3 ebook copies of book 3 in the Romancing Wisconsin Series, Mistletoe Match-Up. All you have to do is comment to tell me your favorite part of Christmas (even if it’s the day after). Do you have a special tradition? Are you doing something completely different this year? Anything you want to share!

I appreciate you joining me, but before I go, I’d like to share with you the Epilogue of book 2, Mistletoe Magic (which is FREE until the end of the year). This sets up book 3, with Santa Butch working his magic on his grandson, Derek, who’s feeling a little jaded at the time.

Also, I’d like to thank PJ for having me here to chat with you, and I wish all of you many blessings this holiday season! Merry Christmas!

Derek hefted the ladder and followed his grandpa. When he entered the barn to put the ladder away, he tripped over something in the dark, because God forbid you turn on a light to see where the heck you’re going! Someone might see it.

He bit back his annoyance with effort. Not that he wasn’t happy for Janelle—God knew she deserved the love he’d seen in Mark Riley’s actions—but a small part of him couldn’t help but feel sorry for himself and his non-existent love life. Which annoyed him even more.

A few minutes later, trudging through the calf-deep snow and beating down their original path even more for the older man behind him, he lost his internal battle and grumbled, “I still think we should’ve just brought my truck.”

“There’s magic in them not knowin’,” Butch explained patiently. “Wish I’d had a camera fer the look on their faces when you rang them bells.”

“They’ll see our footprints in the morning—around the back of the lodge to the barn, and beyond. Over the river and through the woods, to Grandmother’s house we go. There goes your magic.”

“The snow’s done, Grandpa. I saw the forecast. Look at the sky.” Derek checked to be sure the stars still twinkled through the bare tree branches overhead. Yep. Millions of them.

Butch grunted behind him. “Couple inches should cover the evidence good enough.”

Derek cupped his hands in front of his mouth and blew on them to warm his frozen fingers. “I can’t believe I’m spending Christmas Eve freezing my ass off.”

“I would’ve if I’d known you were planning a midnight marathon after church.”

“What, you got someone to rush home to?”

Derek glanced over his shoulder. “Gee, thanks for the reminder, Grandpa.”

Derek walked the last half-mile in silence. Last thing he needed was anymore sayin’s. When they reached the snowmobiles, he swung a leg over his seat and inserted the key.

“Not so fast,” Butch admonished. He lifted the seat of his sled and pulled out a thermos and a mug.

Derek groaned. Sure, coffee sounded like heaven, but he’d rather drink it in a warm kitchen. Ten minutes tops and they’d be sitting at the table.

Butch sat down, unscrewed the top off the thermos, and poured steaming liquid into the built in mug and the extra one he’d brought along. A silver flask appeared from his breast pocket, and liquor splashed into each cup where they rested on the seat. Then Butch tucked his hair of the dog back inside his coat, linked his gloved fingers together on his lap, and closed his eyes.

Derek made it to seven before surrendering to the guilt.  He blew out a resigned sigh and lifted the mugs in his semi-numb hands to sit on the seat next to his grandpa. Twin circles of heat warmed his butt. That was something, at least. Butch waited a full minute before opening his eyes to take the mug Derek held extended for him.

Derek cupped his hands around his drink, relishing the heat on his stiff fingers. The rich aroma of chocolate filled his nostrils. Who cared if it wasn’t coffee; it was warm. He lifted his mug for the first sip.

Butch’s elbow jabbed through Derek’s winter coat. Hot chocolate sloshed over the rim onto his jeans. His jaw clenched.

Derek took a quick drink to lessen the chances of more ending up in his lap, then lifted his chin to point out that it was just the wind blowing the earlier precipitation from the tree branches.

Only it wasn’t. He blinked at the sky. There wasn’t the slightest hint of a breeze—and where the heck had the stars gone?

He scowled at the large flakes floating past his nose with increasing frequency. Of course it was snowing; Santa predicted it would. He shouldn’t be the least bit surprised, actually. Yeah, he knew his grandpa wasn’t really Santa, but things had the oddest way of always working out for the self-professed ‘old-coot’.

Butch lifted his cup of hot chocolate toward heaven, a wide grin making his eyes twinkle above his white beard and rosy red cheeks. “Merrrry Christmas.”

“Merry is not the word for it from where I’m sitting.” Still, to avoid being a complete Scrooge, Derek raised his mug in silent toast before taking a drink. Another jab to the ribs made him choke. 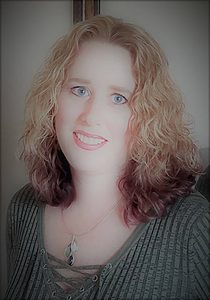 If you want to stalk Stacey, you can find her out and about, but especially here:

Enter here to win one of three eBooks of Book 3 in the Romancing Wisconsin series, Mistletoe Match-up.

10 thoughts on “Mistletoe Magic is not just for Christmas”