It’s here, it’s here.  Gunnin’ for You is now available.  Book four of the Rolling Thunder series is Gunnar’s Story.  So, to give you a little heads up, I’ve included interviews with Gunnar and Emma.

I also ask, after you read Gunnin’ for You, if you would be so kind as to leave a review on the retailer of your choice, I would greatly appreciate it.  Thank you so much for reading and reviewing, I can’t tell you how much I appreciate it. 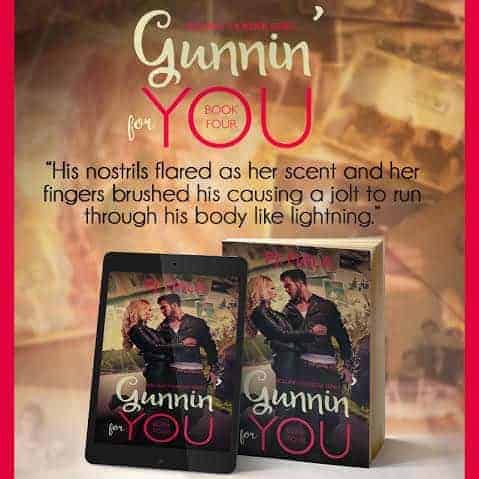 Allow me to introduce you to Gunnar Sheppard.

Thank you for taking the time to listen to me today. My name is Gunnar Sheppard. I didn’t start out as a Sheppard though. I used to be Gunnar Simpson. My mom, Joci (James) Sheppard and Kieth Simpson dated a long time ago, then she got pregnant and the bastard left us. I never saw him, until he was almost dead and my mom had a motorcycle accident. Kieth came to the hospital to say he was sorry. To be honest, I think the only reason he was sorry was because he was dying, he had lung cancer, and he knew if he didn’t repent and say he was sorry, he would go to hell. Which, he probably did anyway.

I grew up an only child. I was happy most of the time. Keith’s best friend, Connor, was around a lot and when I needed a ‘dad’ to show up at school or to do things with me, Connor and my Uncle David were always there. I grew up with my Aunt Jackie and Uncle David around a lot. That’s my mom’s sister and her husband. Then, they had two boys, Jeremy and Dean. So, I didn’t always feel like an only child. There were usually people around to talk to or play with when my mom was busy.

I’m pretty big and always worked out with my Uncle David, so kids in school didn’t give me any shit. I wouldn’t have taken it anyway. I headed them off by trying to look ‘bad ass’. I wore my hair long and stayed lean. Then, as soon as I got my driver’s license, I bought a motorcycle. My mom always had one so I didn’t have to worry about her not wanting me to have one. The first ride I ever went on after I got my motorcycle license was with my mom. She came to the motorcycle safety class I was taking at the end of it on her bike and we rode home together. That was a kick. I can still remember the smile on her face as she looked over at me and gave me the ‘thumbs up’. I knew she was happy and I was too. I’ve always loved my mom, but that day, I loved her a little bit more. It was like she was telling me that I was a man and she was proud.

The day I got hired at Rolling Thunder was the beginning of the best days of my life. I know it’s sounds gay or something, but, when I met Dog, that’s Jeremiah, there was a feeling or something that he was going to be someone special in my life. He treated me so damn good and taught me what I didn’t learn in school. He is patient and kind and he treats me just like one of his biological sons. Then, he met my mom and the two most important people in my life got married and then Dog made me his son too. That was a day I’ll never forget. I also found out I had a sister that day. Yep, that bastard Kieth had another love’em and leave’em relationship and I had a sister.

I met Emma one day when I was stopping in at the grocery store to pick up a couple of things. I had just gotten my bike out of the storage garage after being put away all winter. My dad and brothers and the shop guys all have a ‘day’ where we pull the bikes out of the storage garage at Rolling Thunder and clean them up, change the oil, and have a few beers. On my way home I swung into the store and saw her walking out of the store juggling three big grocery bags and trying to wiggle the keys out of her pocket at the same time. I chuckled and sat there watching the show, because, what I could see of her around those bags, made my dick wiggle.

She ended up dropping her groceries and I tried not to laugh as I watched her scramble around to pick up rolling cans in the parking lot. I got off my bike to help her and we had an interesting meeting to say the least. For some reason, my brain froze up and I couldn’t ask her out or much of anything really and she seemed nervous and bolted as soon as she could. But as things happen as they are supposed to happen, I saw her again a few days later when my mom had my baby sister. I asked her out that day and we’ve been on a wild ride since then. But totally worth it. 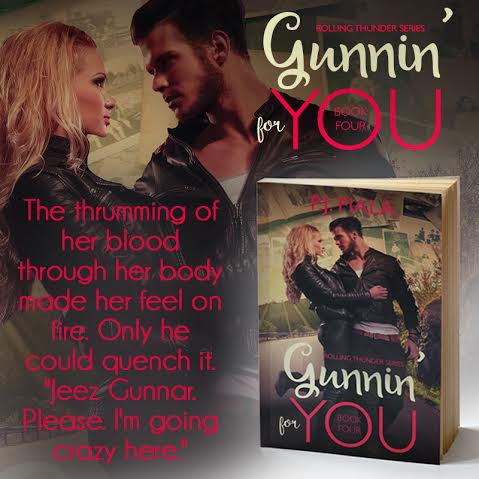 And, now I’d like to introduce you to Emma Drake.

Hi everyone, I’m Emma. I am from Green Bay here but I’ve lived the past few years in Chicago.

I have a sister, Ashley. Ashley is married to Ron and they just had a baby, a boy they named Tyler. He is so darn adorable. He kind of looks like my sister Ashley when she was little. She’s actually a couple of years older than me, but looking back at pictures, I think Tyler looks like her.

I had a great childhood growing up. My parents were kind and loving and we did the usual things. That is until my mom died when I was 8 years old. She had cancer and I remember my dad was just never the same after that. He never remarried and to be honest, I don’t even think he dated, but I’m not sure about that. He would have hidden it from Ashley and I, I’m sure of that. I remember he loved for us to look like little girls growing up. Dresses, our hair looking nice and we always had cute shoes to go with our dresses.

When I was just graduating from college, my dad died and then it was just Ashley and me. She had just married Ron and then I had a bad car accident and I couldn’t stay here so I found a job in Chicago and moved there. I met some great friends there, Grace and Steve and Trey and Jon. They were my Chicago family and we had some fabulous times together. I dated Greg Graff for three years. I look back now and I simply do not know why. We lived together for the last year and, well, it was kind of like living alone. He wasn’t around much and when he was, he was preoccupied and crabby. Then, I came home one night and there he was in bed with some skank. Needless to say, I packed up and left. All the furniture was mine so I called my friends and they came and helped me move out and put my stuff in storage. Then, I came home to Ashley. She was just about to have Tyler and I wanted to be there for that too, so, it worked out.

That’s how I met Gunnar. If I hadn’t come home, I wouldn’t have met him. You should see that man. He is something. Sexy, holy crap, he’s sexy as sin. Long dark hair and massively broad chest, sexy thighs and my God, he has dimples. When he smiles my panties get damp and my knees almost buckle.

After meeting him my life took some major turns. Someone burned down Ashley’s house, and we found out some crap about Gunnar’s biological father and, the shit kept hitting us for a while there. But, we made it through and we’re stronger today than ever before. Life with Gunnar will never be boring, I can tell you that. I’m looking forward to the future with him.

I hope you’ll love Gunnar and Emma’s story, I loved writing it.  I’m giving away a signed paperback, which is special because I don’t even have them yet.  They’ll be here this week.  I’m so excited to see them.

Void where prohibited, must be 18 years of age or older to enter.