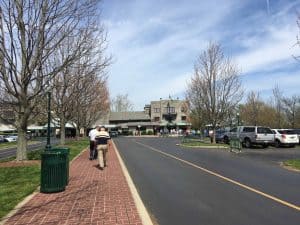 So, I recently had the extreme pleasure of visiting my cousin, Sonya, in Kentucky.  I’ve blogged about this recently.  You can check it out here.   On our first full day there, Sonya took us to Keeneland.  I’d heard a lot about Keeneland in the past.  I used to work for an attorney who had his horses trained there, so my interest had been peeked years ago.  Then, when we began talking about taking a research trip down, and staying with Sonya, everything fell into place. 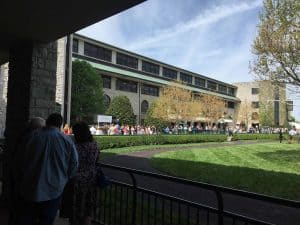 I’ve always loved horses.  Their beauty and grace is a thing of pure joy.  Then, watching these magnificent beasts race around a track, you see the absolute power and speed the harness within and its exciting.  We learned a bit about how to bet, and since I’m such a novice, I didn’t win all that much but with a little more time and research, I think I’d do alright.  Not that I’d make my living on it, but I’d a least approach betting with a bit more knowledge.  Mostly, I learned how to speak when placing a bet, and that was pretty fun. 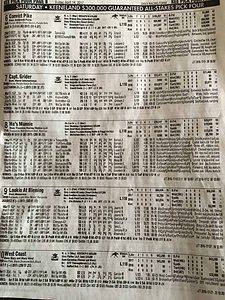 We started with a Daily Racing Sheet and after my eyes uncrossed, Sonya began explaining what most of it meant.  Starting out small, I decided to bet $3.00 on a horse whom a television announcer at the track recommended.  Six horses were in the first race, two scratched and my horse came in third.  So, not listening to the television announcer any more. 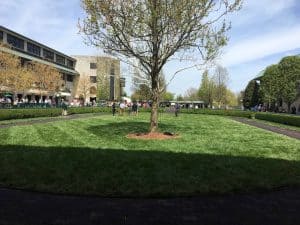 The third race, Sonya explained that you should also look at the stats on the jockey.  There are stats on the percentage of times the jockey has won.  So, coupled with odds on the horse, this is beginning to be a mathematical equation.   I placed my big bet for $1.00 across the board and won $23.40.  So, I was still money ahead, not enough to retire, but, maybe I was getting the hang of this. 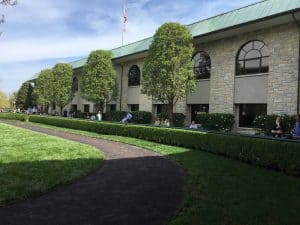 My fourth race I employed my new strategy and my horse finished third, which was a place and I won $2.30.  So, after placing a $3.00, I wasn’t money ahead, but I wasn’t as far behind as I could have been.

I placed another bet, didn’t win anything and from that time on, we just sat and enjoyed people watching as much as horse watching.  This is getting to be later afternoon, and people have been drinking and gambling and, I don’t mind telling you, we saw some interesting people.

Have you ever gone to horse races?  Tell me about it, did you enjoy it?

2 thoughts on “Horse racing from a novice.”