Be in the know about new releases and reader exclusives!
Sign Up!
Skip to content
Irish Cream Brownie Dessert
Update on Lincoln

I wasn’t even thinking of writing it. 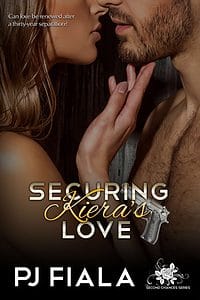 When I first wrote Designing Samantha’s Love (DSL), which by the way, was my very first book ever, it was titled Second Chances. I thought there might be other books in that series, at least one and that’s the one I haven’t written yet, but plan to next year.

Then, one night I woke in the middle of the night and David Haggerty told me he needed a story. He came out of nowhere. He’s mentioned as a very good friend of Gray’s in Designing Samantha’s Love, and the man who helped to protect them during their trials and tribulations with one of Gray’s exes. That was it, but I guess he felt differently. As I lay in bed thinking about David and I wondered what his story would be. He’s divorced in DSL but for some reason, I didn’t want him to go back to his ex-wife. I thought their story was over. So, I rolled over and decided to give it more thought.

A few days later the name Kiera floated through my mind, out of the blue and without prompting and I thought it was a very pretty name, maybe I’d use it in a story one day. Over the course of the next few weeks, David and Kiera’s story came to me in bits and pieces and I realized it was a story that needed to be written. So, I slated it in my calendar and when the time came I began writing their story.

I released it last July and at that time a friend told me about InD’tale Magazine. I looked it up and loved the idea of the magazine, one dedicated to independently published authors. What a great idea. Then I saw that authors could submit their stories for reviewing. Why not? So, I submitted Securing Kiera’s Love.

It took around 3 or 4 months for the review to appear in their magazine, they are that busy. But when it did, I yelled loudly that I’d received a 4.5 star review and the heart symbol along with it. For those who aren’t familiar, when a reviewer at InD’tale gives you a 4.5 or 5 star review, you get the prestigious little heart with it. Shocked and delighted I began telling everyone.

Then, a few months later I got an email that I was a nominee for the RONE award. Super. What’s that?

The voting blocks for the RONE award are stacked three high:

First round of voting comes from your InD’Tale review. A book must receive a 4 star or better to be a RONE nominee. This narrows the nominees down to eight to ten books per category. Then they go on to the second round.

Second round of voting comes from the readers.  Books are categorized and then dates are set for a one week period of voting in each category. Readers are asked to vote for their favorite book of the eight or nine nominees. This further narrows the the nominees down to just three or four.

Third round of voting goes to industry professionals. Editors, publishers and agents are then given the final books to read and rate the books, which will bring this list of three or four to one winner and one honorable mention.

Awards are given at the prestigious InD’Scribe convention held in October, this year in Burbank California. This is like the Oscars for independently published books. 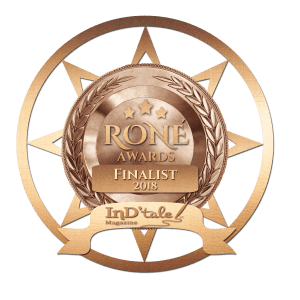 Securing Kiera’s Love has made it to round three of the voting and is now considered a RONE Finalist. I couldn’t be more proud. Honestly, this is a big deal for me.

So, if you voted for Securing Kiera’s Love, I thank you. I’ll let you know how it does at the RONE gala, which is October 6th in California. Gene and I are going to be there, cause if nothing else, it’s a fantastic event to be a part of. Plenty of learning, fun, readers, fun, books and more fun.

If you’ll be attending the InD’Scribe event, let me know and we’ll see if we can find a time and place to meet and chat. Seriously, that’s what it’s all about.

To celebrate, I’ve put Securing Kiera’s Love on sale for only .99 cents for this week only, sale ends June 17th, so grab your copy now before the price goes back up.